I had an interesting run last Sunday, triggered by a detour earlier in the week stopping in traffic by a couple of ‘Ghost Signs’ in Catford. I vaguely remembered that there were a few more in the area and set off to explore.

Ghost signs are old hand-painted advertising signage which pre-dated the paper advertising hoardings. There are some fantastic blogs on ghost signs, particularly on Caroline’s Miscellany, which covers a lot of other interesting things too.

The first was en route, and is on the corner of Lee High Road and Bankwell Road in Lewisham. This was hidden for years under an advertising hoarding but became visible a few years ago.

Witalls was a car dealership on the opposite corner from the 1930s to the 1970s. It was housed in what was previously a cinema, the Lee Picture Palace, later to be Central Hall Pictures, before becoming a WW1 munitions factory.

More recently the building was home to Penfold’s car showroom and an upstairs snooker hall, but was demolished in the early 2000s for flats and a health centre.

There are seveal ghost signs around around Sandhurst Road in Catford. The first is on Muirkirk Road, for baker and pastry cook, the name was presumably in a different paint and has worn off. 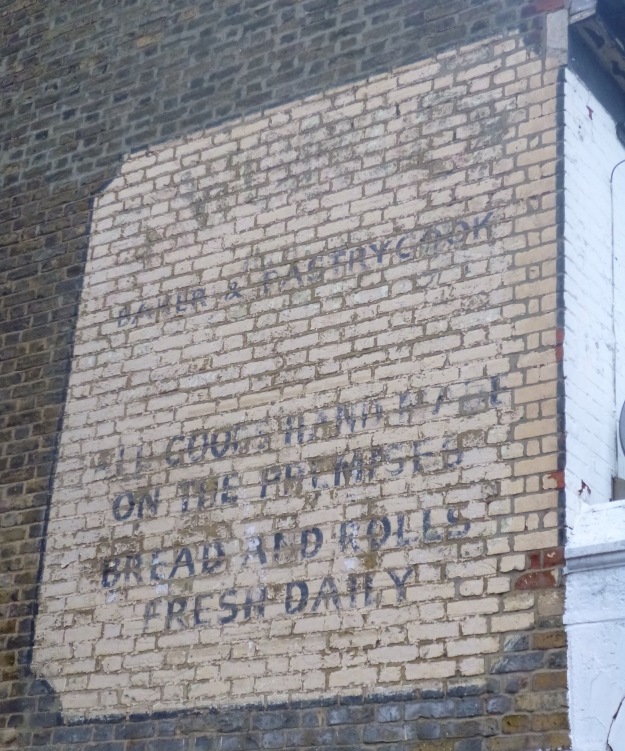 On the corner of Muirkirk Road and Sandhurst Road, over the door of a supermarket, is a butcher’s sign. 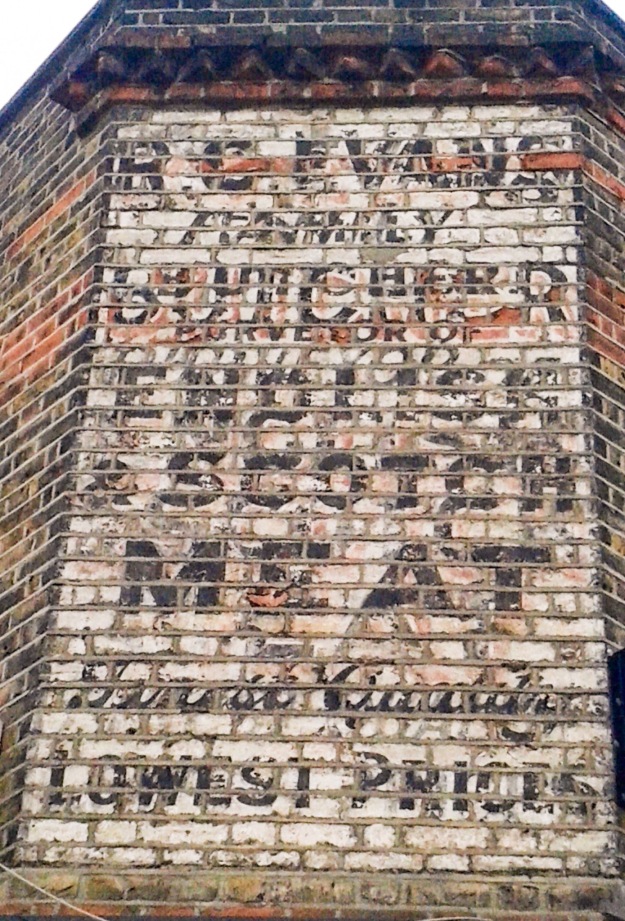 At the other end of the terrace of shops that used to be called Sandhurst Market, on the corner of Inchmery Road, is a much less clear sign that has deteriorated in recent years for a chemist and druggist, over a present day pharmacy. 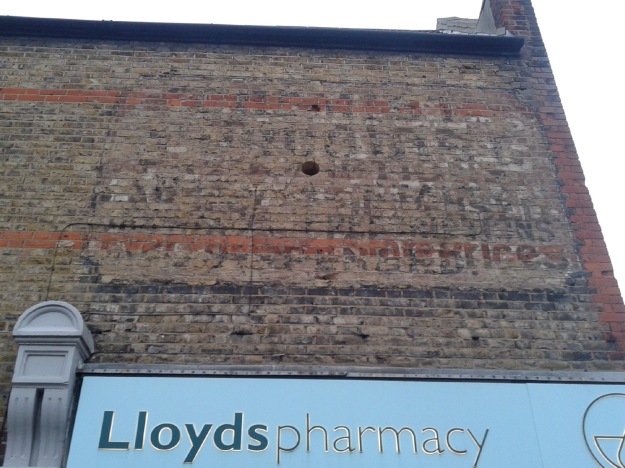 Behind it is my favourite of the area, that of an ‘hygienic’ baker, the least one would expect; the sign dates from the 1930s or 1940s, although there was a bakers there from 1907, and there is a sign at the rear advertising Hovis.

The bakers were Warner Bros….so I should sign off with a a phrase that originates from the same era ‘That’s All Folks!’ 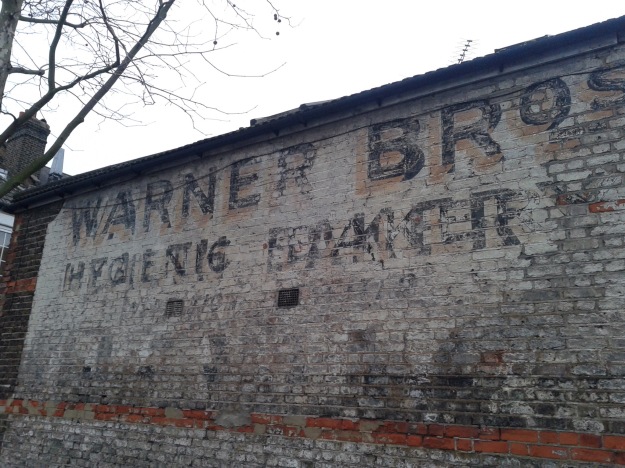 11 thoughts on “Ghost Signs in Catford and Lewisham”