The geraniums in one of the overgrown parts of Brockley and Ladywell caught my eye as I ran past as did the angel with broken wings and a slightly eroded face. 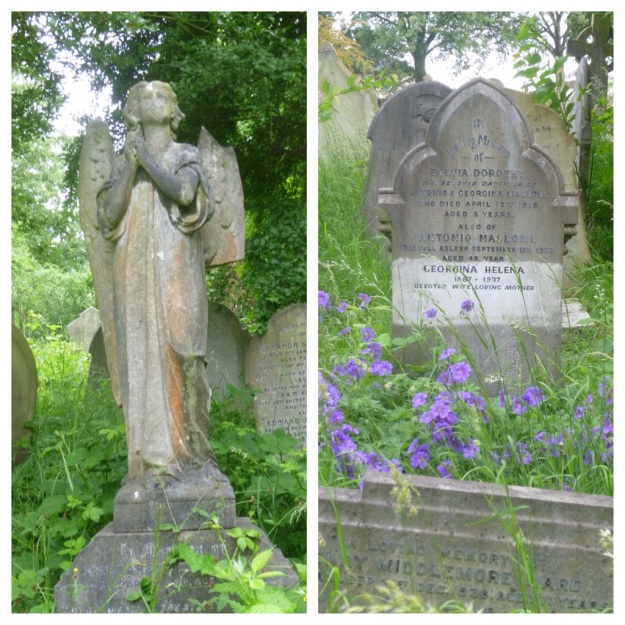 Nunhead has some rather more ostentatious memorials and is much more overgrown. It has one of my favourite views in London – a tree framed vista of St. Paul’s Cathedral which was very clear indeed today after the morning’s heavy rain.

After yesterday’s D Day anniversary commemorations, I paused by the low walled WW2 memorial, which is very different to the rest of the Nunhead, but a peaceful reminder of the sacrifices made.

As for the other running, the speed and tempo sessions this week were slightly easier than last week, but only just…

Finally, one thing I forgot to post last week which was slightly embarrassing, I was out-paced by a man pulling a tyre. In my limited defence, it was alongside the athletics track in Ladywell Fields where Kent AC’s top sprinters were doing a resistance session.