Battersea Park is a busy park always lots going on – in addition to the normal mixture of runners, cyclists, skaters, skateboarders, walkers and people with their personal trainers, Wednesday evening saw organised games of cricket, a 5 a side football match and a 5 kilometre race as part of the inter-club Assembly League. The latter was my reason for being there.

Battersea also has some quieter, more peaceful places, away from the hustle of the rest of the Park – just off the main path that traverses the centre of the park are a series of war memorials – the one pictured, is a World War One commemorating the 24th London Division who fought at the Somme and Ypres, by Eric Kennington who was better known as an official war artist.

A couple of hundred metres away is the strikingly beautiful Peace Pagoda. The Nipponzan Myohoji Buddhist Order has been constructing Peace Pagodas, as a spiritual focus for peace, since just after WW2 and there are about 80 around the world. 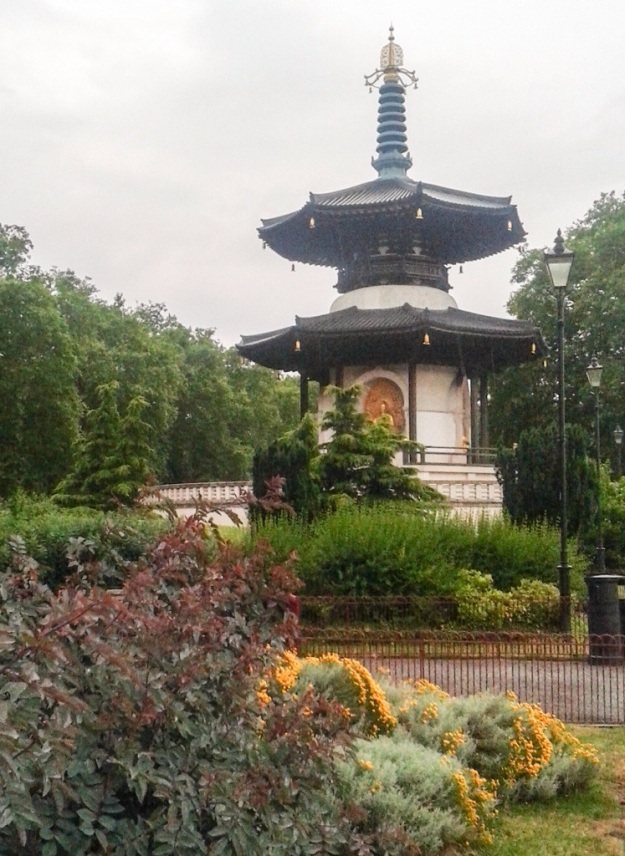 The agreement to build a Peace Pagoda at Battersea was part of the 1984 Greater London Council (GLC) Peace Year. It was held against a backdrop of a worsening of the Cold War with the deployment of American Pershing nuclear missiles in Europe, SS20s in the Soviet Bloc countries and the British replacement of the ageing Polaris nuclear armed submarines with Trident. There had been a resurgence of CND and massive anti nuclear demonstrations opposing this rearmament. 1983 had seen 300,000 demonstrate in London, with 3 million on the streets across Europe.

The Park holds fond running memories for me – it was the location for my 10K and 5 mile PBs (personal bests to the non runners), although both are now more years ago than I care to remember.

Battersea’s wide, flat roads and paths were a perfect place to test my fitness for the first time since I strained my lateral collateral ligament at the London Marathon. My plan was to aim for 22 minutes for the 5K and after starting nearer the back of the field I got into a rhythm within 400m and while the last 1.5 km were hard going, I stopped my watch at 21:54. While it was almost 45 seconds slower than the equivalent race last year, it was a time I was pleased with and will have sometime to target in 3 weeks when I next race.

As for the rest of the week’s running, most of my mileage was a bit slower than normal in preparation for, and recovery from, Wednesday’s race. Sunday’s run included following one of The Quaggy’s smaller tributaries from its source in Hither Green Cemetery – more on that next month. 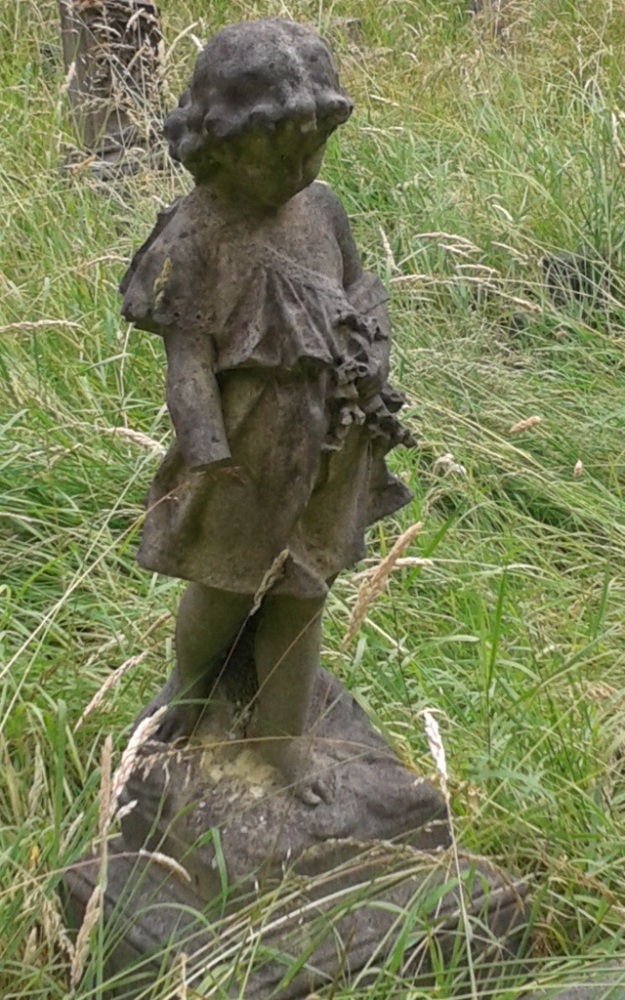