It’s that time of year, the leaves are turning and the last vestiges of summer are becoming just a memory, it’s a time of year I always look forward to – it’s cross country time.

Locally, at least, it was the beginning of the season today – both my clubs were in action, Vets AC in the Surrey League in SW London, but it was to Swanley Park I headed with Beckenham.

It is a park I have been coming to for years, particularly when my children were small – there is a small lake with boats, a really pleasant playground, a massive sand pit and a miniature railway, which was oddly running today.

In cross country terms it is quite a benign course – three 2 and a bit mile laps with two moderate hills each lap and no quagmires. The senior and veteran men were last to race, and after some incredibly heavy showers during the morning, the course was quite cut up in places and I was glad that I put long spikes in my running shoes but it was still mild and the rain held off whilst we were racing.

I got there in time to warm up watching some of the women’s race and having separate races means that there is a lot of course-side encouragement. 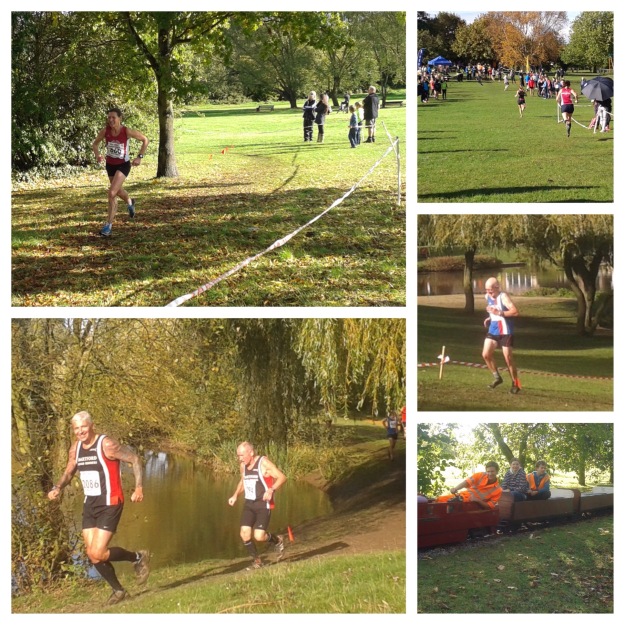 The course was a slight variant to previous times that I have run there and a full 10k this time, so it is difficult to know how my run compared with previous years but it was successful in that I wasn’t lapped by anyone – always a risk in the Kent League where large numbers of the front runners are considerably less than half my age. There seemed a few more more behind me than normal – I came home in 49:51 in 156th place out of around 190, I would guess. Time and placing don’t really matter though, I thoroughly enjoyed it, cross country for me is more about battling against the terrain and the elements – there will be much tougher challenges over the winter.

Elsewhere in athletics, the IAAF announced the short lists for the Athlete of the Year and included the seemingly unrepentant doper Justin Gatlin, who dominated sprinting this year as Usain Bolt effectively had a year off. The problem with Gatlin is that never has anyone ever run as fast as he has over 30 years old, and there is now evidence of doping having ‘benefits’ beyond the time of the doping itself. Gatlin’s inclusion of the short list prompted the German discus thrower Robert Harting to ask for his own name to be taken off the list.

Irrespective of Gatlin’s presence, there should be joint winners in the men’s category – Mutaz Essa Barshim and Bogdan Bondarenko who have produced the most competitive and entertaining high jumping for years. As for the women’s prize, it is difficult to see beyond the amazing Valerie Adams in the shot put.