The last two posts on following the Prime Meridian, went through Bromley’s suburbia and then through Lewisham leaving us at the resting place of several Astronomers Royal at the old churchyard of St Margaret, Lee (albeit a few metres off route).

The Prime Meridian can be picked up again on the other side of the river valley that the railway purloined, that of Upper Kid Brook, at the top of Heath Lane. The ‘line’ goes through the back gardens of The Orchard, but once round that late Victorian incursion into the ‘Heath, the open expanse of Blackheath makes it easy to follow despite some long grass in places.

The Prime Meridian almost cuts through that ultimate eyesore for the ‘guardians’ of the ‘Heath – the Tea Hut, which has been there since the 1920s (It was destroyed in a car crash in early 2020). The Blackheath Society has been trying to get rid of it for at least 40 years through various means, although as they recently re-tweeted details of a film about it, they may becoming more relaxed about it. However, the Tea Hut remains limpet like at the junction of the A2 and Goffers Road. It’s not terribly exciting, it’s not that attractive but always well used and is a bit of a local institution, something that the ‘Heath is, on balance, better for. I often run past, it is by one of the main pedestrian crossings on the ‘Heath, but don’t stop, tea isn’t a drink to be running with….

Along the side of Chesterfield Walk is a meridian marker built into the wall of the Ranger’s House.

Next door used to be Montague House, home to Caroline of Brunswick between 1799 and 1813 which was demolished in 1815. The Rangers House, where Caroline’s mother, Augusta, lived, fortunately remains. The House was bought be the Crown in 1815 and the meridian passes diagonally through it. 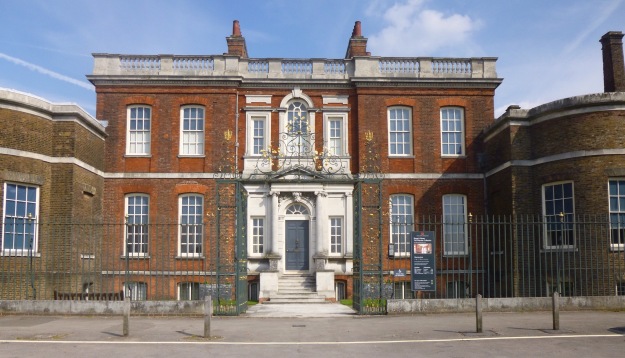 Into Greenwich Park and the Observatory is in sight as the Prime Meridian skirts the north western edge of the rose garden and the covered reservoir before ‘passing through the centre of the transit instrument’. 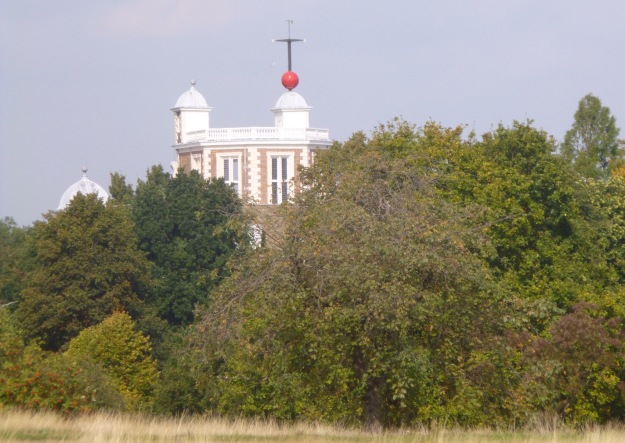 There is one rather attractive marker in the garden at the rear of the Observatory which looks a bit like a gyroscope but is called an Armillary dial and is an early means of telling the time. 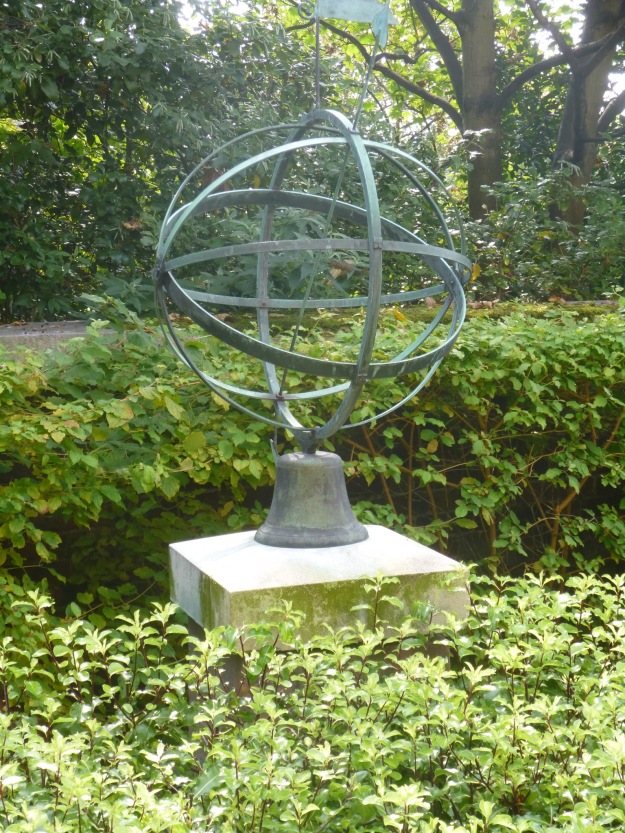 I could follow the Prime Meridian another 1.75 miles (as the meridian flies) south of the river as there are a few meridian markers north of the Observatory before it goes out into the Thames then briefly touching the O2 Arena and then finally crossing the river. These include a rather attractive sundial on the line next to the small boating lake that doubled up as a water-feature for the Equestrian events in the 2012 Olympics. 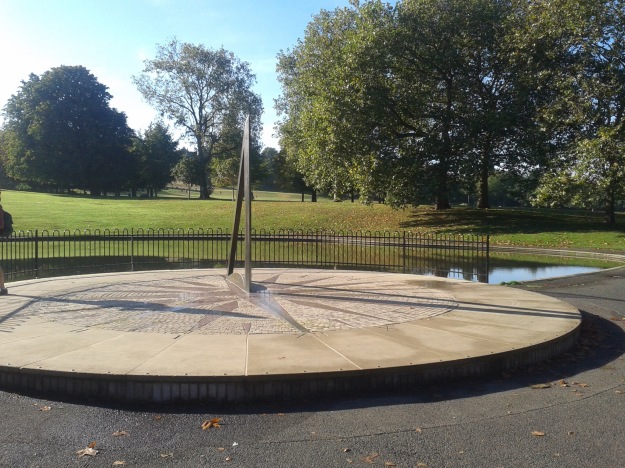 However, a line on path by the Dome which I must have run over numerous times but never noticed doesn’t seem a great place to finish though – but this would be roughly the route….

I must admit to having baulked at the £8.50 entry to the courtyard, something which was free until 2011, so the destination photos are taken through the wrought iron railings. 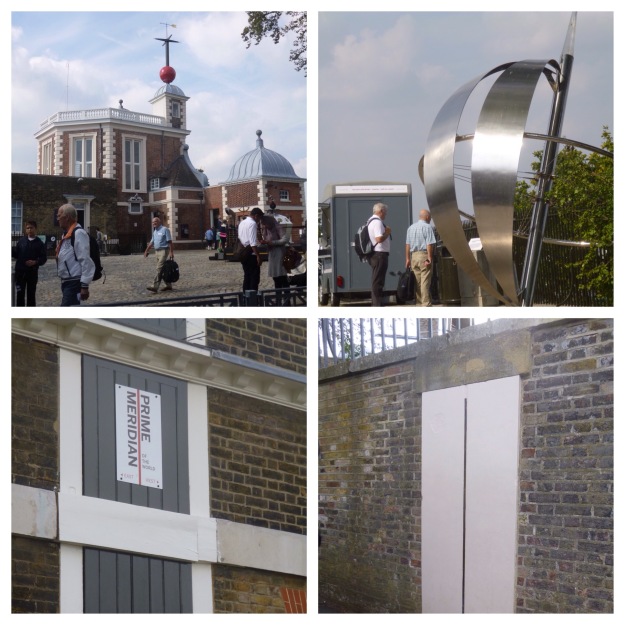 2 thoughts on “Following the Meridian III – To the Observatory”