When thinking of new towns, the likes of Stevenage, Cumbernauld, Telford or perhaps Peterlee may spring to mind, but early Victorian Lee on the then outskirts of London?  Lee New Town was much smaller than its Twentieth century counterparts – a few streets of homes mainly to house those working directly or indirectly for the wealthy residents in the existing large houses in Lee but also the new, substantial homes being developed in the area.

Lee New Town was built from 1825 and was made possible by the break-up of the Boone estate and the demolition of Lee Place 1824, once its final tenant Benjamin Aislibie moved out , this was covered a few months ago in the blog.

The break-up of the estate allowed the straightening of Lee High Road to its current route, it previously looped around Old Road, and provided easier access to the parts of the former estate north of Lee High Road.  The tithe map of 1839 (below – see note 2) shows how quickly the area developed, although Turner Road (later Dacre Park) was to come later, as was Boone’s Road (not to be confused with Boone Street.) 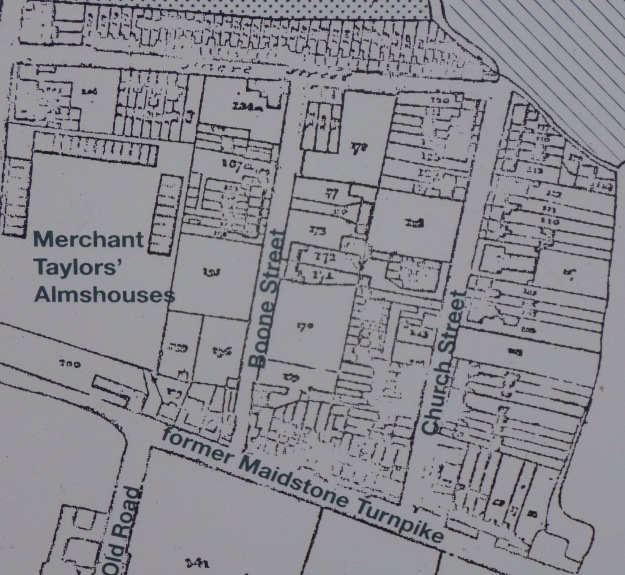 It is possible to build up something of a picture as to the people living in Lee New Town in the late Victorian period.   From 1881 census, data on 16 households a reasonable cross section of the around 200 homes was reviewed (1). 38% of the heads of household were in some form of service for the wealthy of the area – including trades such as gardener, housekeeper and coachmen, much of the rest that were reviewed tended to be either shopkeepers, there were two grocers, or more skilled manual workers such as bakers, a painters and a police constable – the only exception to this was a laundress was in Blows Place – see below.  The area reflected the growth and migration into London, only two of the heads of household originated in the local area, it also reflected high mortality levels – 56% having no surviving partners, with several men with very young families and relatives or lodgers, presumably, looking after children.

Little seems to have changed 13 years later when Charles Booth’s carried out his Poverty survey in Lee in August 1894.  Booth used the following classes 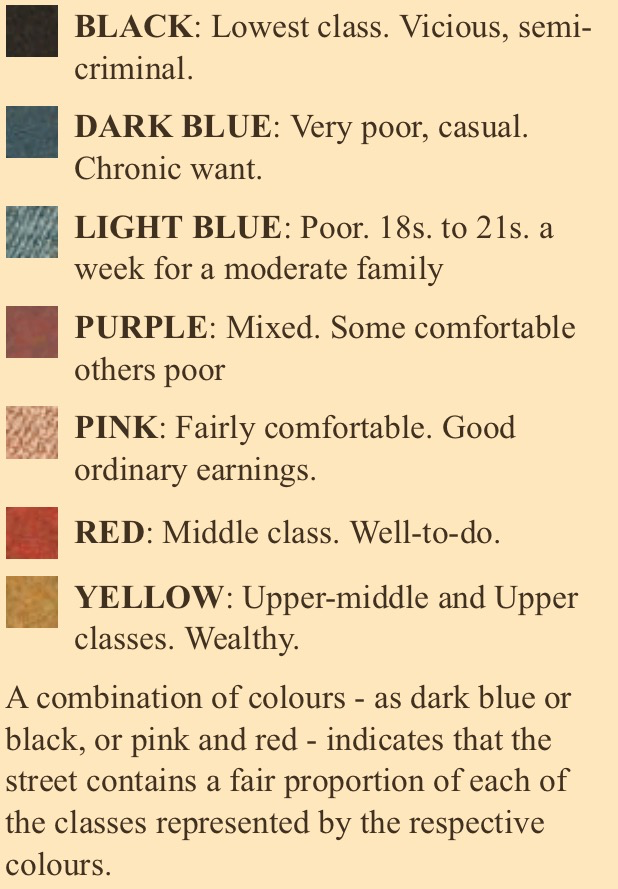 Turners Road – much more of a mixture a few houses at the northern edge with servants (pink), much smaller to the southern end (near Lee High Road) where working people (pink to purple).

Dacre Road – ‘2 storey cottages flush with footpath.  Five rooms as a rule, some smaller at the east end (4 rooms). Labouring people with a few better off. Several with fine shows of chrysanthemums in their windows. Purple’ 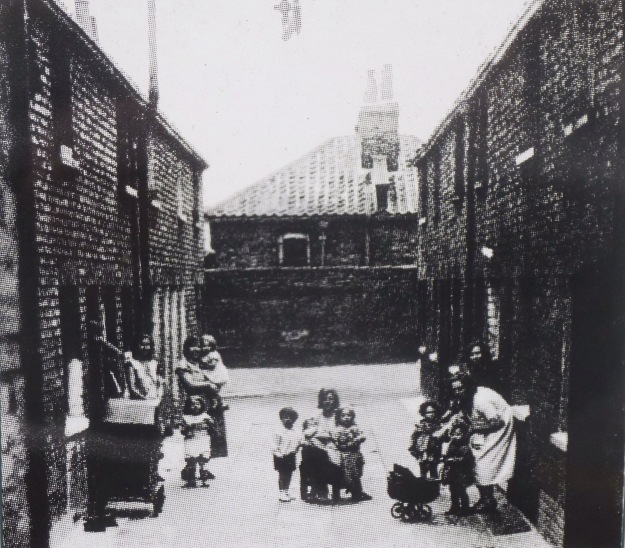 Church Street – ‘small two storey shops on east side near High Road and also near Dacre Street, remainder two storey cottages; purple to light blue in character…. On west side is a small hall with inscription “soup kitchen 1856”.’

Blows Place – ‘one east side (of Church Street) and only reached by a long passage giving access to back gardens … two storey: four rooms and scullery, labouring people. Light blue.’

Some of the New Town was demolished by German WW2 bombs, there were Blitz strikes on Lee Church Street, Boone Street and Dacre Park/Turners Road, as well as one earlier in 1940 in Boone Street. Some of these sites were used for 25 pre-fab bungalows, although unlike others such as the Excalibur Estate and on Hillyfields they were relatively short lived.

By the early 1950s the rest of the New Town was in a poor state, much of the area was described as having

substandard houses in disrepair, with sanitary defects and bad arrangement of staircases, passages or water-closets, rendering them unfit for human habitation or injurious to health, and for which the most satisfactory method of treatment is by the demolition of all the buildings.

In addition to the pre-fabs, around 135 homes, a couple of halls and 10 shops were demolished with plans to re provide around 183 new homes, all flats plus 8 shops.  In the end the ‘mix’ in the new development was slightly different with a small number of houses also built with slightly fewer shops.

Lee Church of England School was also demolished sometime after 1959 (the date of the first photo (see note 5) with the new school opening in 1963.

There are two small terraces that remain,  on Dacre Park, and on Lee High Road, next to the former Swan. There also may be a solitary house from the New Town on Fludyer Street, formerly Dacre Street.

Other than this, all that now remains of Lee New Town are the four pubs, from the top right the Greyhound (now offices), the Royal Oak (now flats), the currently unoccupied Woodman, and the Swan (now Rambles Bar) – the reasons behind its name was covered in a post a few weeks ago.