During the research I undertook for the post on the Hither Green Zeppelin attack, it emerged that there had been a fictionalised account of the events in a novel by Henry Williamson, best known for Tarka the Otter, “the Golden Virgin”.

The link, according to the Henry Williamson Society was that one of the characters in the book ‘Lily Cornford’ was based around ‘Lily Milgate,’ the Milgates were one of the two families decimated in the attack.  There seems to have been some confusion about the name though, the Milgate’s daughter who was killed in the attack was Edith Mabel Milgate who according to 1911 census data was around 17 at the time of her death. While there appears to be no evidence of a Lily Milgate, both the father Samuel, and the oldest son, Percy, both had ‘Lilly’ as their middle name – presumably a family tradition.

As was covered in the article on the Hither Green attack, the Milgate’s lost four children and the father in the raid.  They were a family decimated by the war, as they had already had two deaths before the raid. Eldest son Percy lost his life as a Royal Navy Reservist on 14 July 1915 (aged around 22); and his younger brother John who was in the London Regiment had died too – on 1 October 1916 (aged around 21).

The Golden Virgin (1957) was the sixth novel in Henry Williamson’s partially autobiographical fifteen-volume ‘A Chronicle of Ancient Sunlight’ which followed the life of Phillip Maddison from the late Victorian period to WW2. It is set in 1916 and the central part of the book covers the Battle of the Somme, where the ‘hero’ in injured early on.

There are two ‘Golden Virgins’ – the first a religious statue on a church roof in Albert (around 25 km from Amiens) which partially toppled during the fighting.

The second was ‘Lily Cornford’, Williamson describes her as being delectable and having

Williamson depicts her as having had a tragic life – raped when she was fourteen years old by an unpleasant plain clothes detective,who in the novel, is on the look-out for deserters and spies, and seems to consider the ‘signed off’ Philip Maddison to fall into the first category.

Towards the end of the novel, Phillip and his friend Desmond go up onto the Hill (presumably Hillyfields) to watch for Zeppelins as there had been a warning of a raid.  As they argue, and later make-up, about Lily, the Zeppelin appears, a bomb is dropped and the airship shot down.  They rush to the scene, which would have been at least a mile and a half away, and find Lily, her mother and others dead. 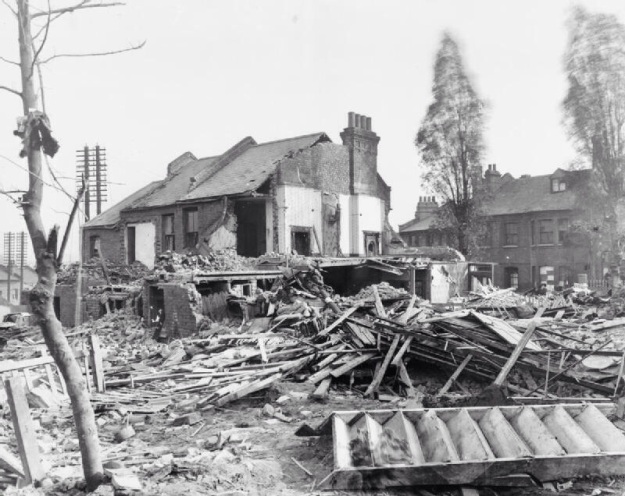 There was a degree of artistic licence in the re-telling in that the Zeppelin was never seen nor heard, the Zeppelin was not shot down in London (it met its demise in south eastern France)  and it was ‘Lily’s’ father rather than mother who died, and the real life Williamson was nowhere near the incident at the time.

There is no evidence that Henry Williamson knew Edith Milgate, although the Henry Williamson Society suggest that one of his friends, Terence Tetley, may have done.  The reality is probably that Williamson wanted to include a story that he would have undoubtedly known about both through local connections and the national coverage that the bombing received.

As for Williamson he was an author with strong local connections – he was born in 1895 at 66 Braxfield Road, Brockley before moving to 11 (now 21) Eastern Road on the edge of Hillyfields – which remained his home until 1921.  He attended Colfe’s School (which was then on Lewisham Hill) when it was a Grammar School and joined the London Rifle Brigade as a ‘territorial’ in early 1914. He was mobilised on 5 August, the day after war broke out.  He is best known for ‘Tarka the Otter’.  He was a fascist for a while – a member of the British Union of Fascists, supportive of Hitler and detained for a short period early in WW2.  While he claimed to have ‘abandoned’ politics after WW2, his sympathies appear to remain – the final book in the series ‘A Chronicle of Ancient Sunlight’, sees Maddison questioning the moral and legal validity of the Nuremberg Trials.  He died in 1977 as his best known work was being filmed. 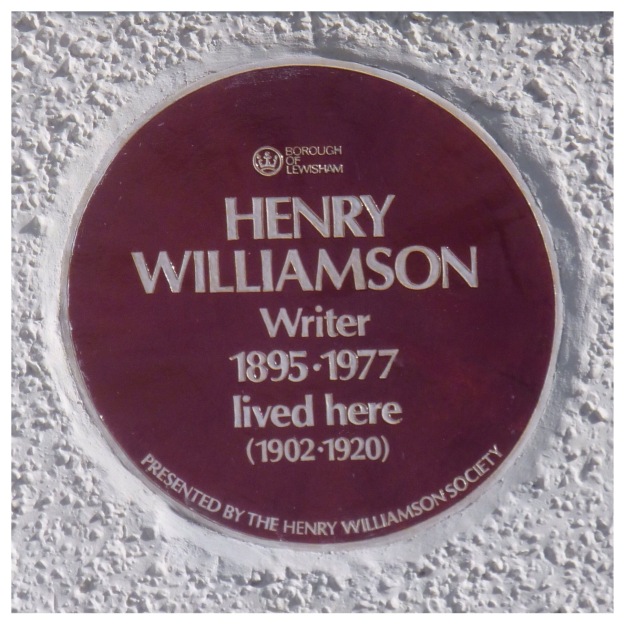