A couple of weeks ago I ran upstream from the Thames Barrier to Greenwich along the river at low tide, stopping at several old wharfs along the way.  A consultation of tide tables this week suggested that I would find similar conditions this week.

Rather than repeating the route, I headed in the opposite direction, starting my run at the eastern edge of Woolwich Arsenal and heading downstream – my original aim was to run to the River Darenth, the boundary between London and Kent, but the twists and turns of the Thames Path meant that the edge of Erith was my limit before retracing my steps.

The early morning light over one of the abandoned jetties saw Canary Wharf bathed in bright sun. A heron waited patiently at margins of the glutenous mud and the shallow water for the movement of fish.  A little further downstream the blue of a kingfisher darted out of one of the many drainage channels bringing water away from the former marshes of Thamesmead, its task, as it glinted and glided over the surface, the same as that of the heron.

The ‘light’ at Tripcock Ness (so named as vessels were not allowed to carry their anchor ‘cock-billed’) was ‘lit’ in the early morning sun, and a wall from the former Arsenal provided a pleasant foreground for a small area of remaining marshland on the north bank – apart from the pylons, little will have changed in the view in a century. 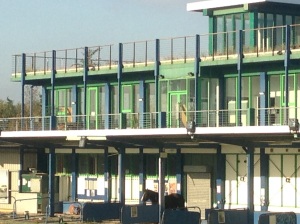 After passing a driving range abandoned by golfers, but taken over by horses,  the odour changed a little – first was Joseph Bazelgette’s ‘Cathedral on the Marsh’ – Crossness, a former steam driven sewage pumping  station.  Next door is its modern counterpart – with warnings of explosions – and a little further downstream Thames Water’s sludge power generator which uses sewage flakes as its fuel. Oddly, the ‘flakes’ come from Slough rather than next door. 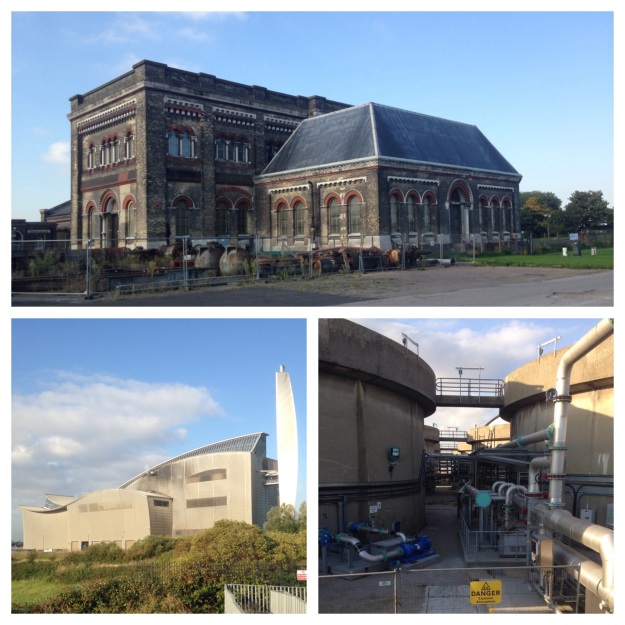 On the north bank, opposite Crossness, is Ford’s Dagenham plant, once home to the Cortina, the Sierra and the Fiesta but now just an engine plant.  On the south bank jetties and industry start to re-appear – a mixture of abandoned and working  – and the river bank is used for light industry, how it used to be upstream, before the housing took over.

My target mileage for the run was 11 miles, and the ‘out and back’ route along the river made distance easy to judge – the turning point was the on edge of Erith, with the sun glinting off the river and the heavy traffic heading southwards on the QE2 bridge in the distance.