No, I’ve not started Formula 3, Superbike or Truck Racing. When it was announced that the Kent Cross Country Championships would be held at Brands Hatch it was a race that I couldn’t resist, obviously it isn’t the same circuit as was used for the British Formula One Grand Prix until 1986, but it still had a ‘draw’. 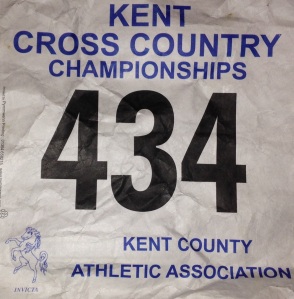 Brands Hatch developed in the 1920s initially for cycle training on farm tracks. Oddly, the first competitive race, in 1926, was not that dissimilar to today’s – a cross country race which strangely had both runners and cyclists competing over 6.4 km – around half today’s distance for the senior men. Motor cycling started in the 1930s on a slightly smaller ciruit than the current race track.

A cinder track was laid out just after WW2, initally used for motor cycle races with the first car racing in the early 1950s. To start with, this was for 500cc cars but as the decade went on more powerful cars raced at Brands Hatch and the small circuit was extended. Those early days saw the likes of Stirling Moss, Jack Brabham and Jim Clark compete. 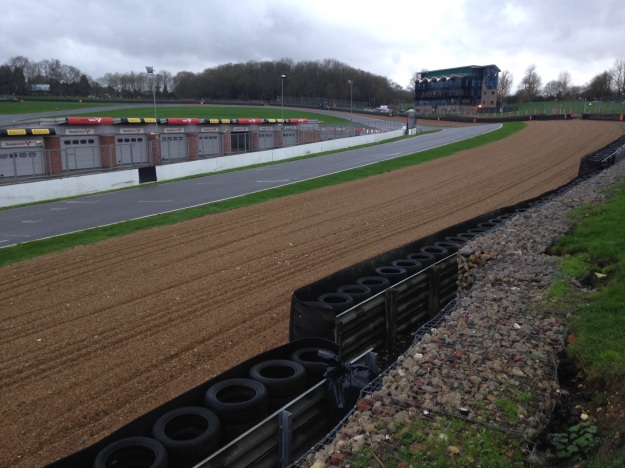 The course was extended again in the early 1960s, and 1964 saw the first British Grand Prix there – something that continued until 1986, sharing them with Silverstone . However, the sport’s governing body, FISA, wanted long term contracts and the space to expand facilities; Brands Hatch lost out to Silverstone. Motor racing still continues at the ciruit with race meetings of some form most weekends 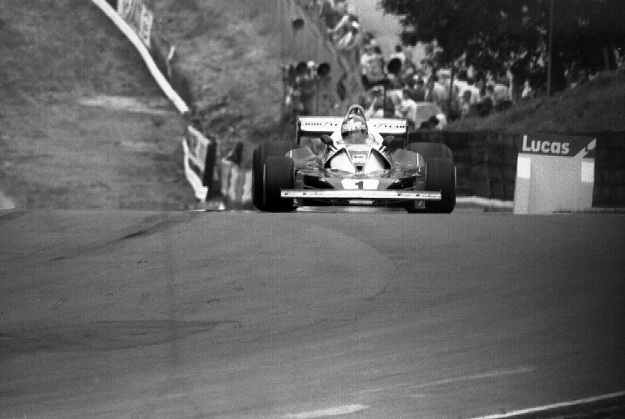 The heavy rain of the last few days had actually put the Championships at risk during the week but the races went ahead. By the time that that men’s race started, there had been heavy rain for an hour or so, and the junior races had cut up the surface which was ankle deep in in almost liquid mud for probably half of the course. 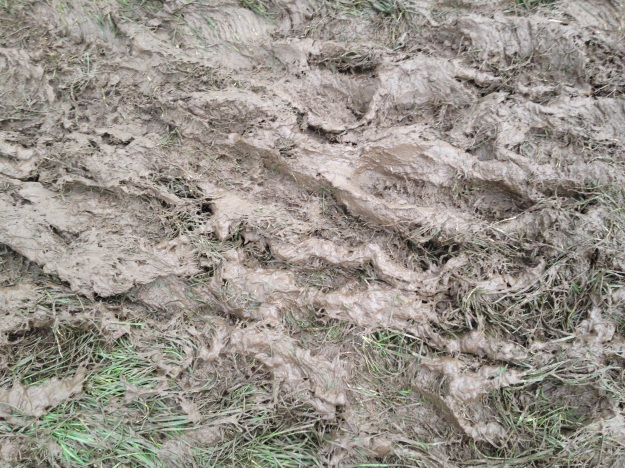 The course was four laps – flat around the start and finish, a gentle slope down, then the height lost and a bit more was re-gained, then partially lost, and after a sharp, treacherous turn by a pylon it was a wide muddy track, its breadth growing every lap, back to the start. 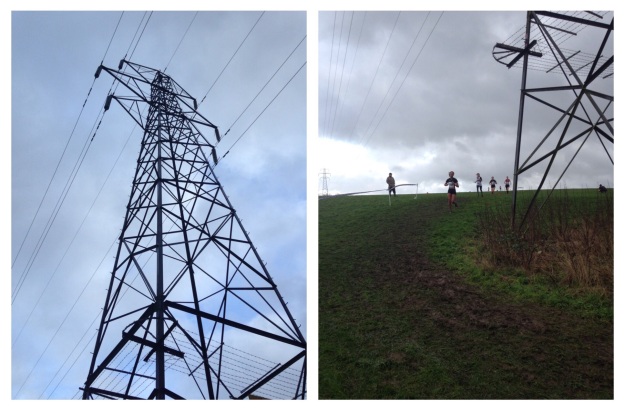 My own race was a bit of a slog, I know my place now in cross country and always start at the back of the field, it was still raining and the first lap was just about avoiding mishaps in the more crowded conditions and looking for the best route through the sodden, slippery surface for subsequent laps.

Towards the end of the second lap I started to be passed by the leading runners who made the conditions look easy – some just powering through the mud, others serenely gliding over the surface – both equally effective; I suspect I just looked as though I was wading.

My average heart rate was several beats below normal for races, and it suggested that I could have put a bit more effort in – my legs thought otherwise; the last half a mile were a real struggle, I lost touch with the bloke from Istead and Ifield I had spent much of the third lap running with, and in the final run into the line I was passed by a couple of Dartford Road Runners and in the final few metres fellow running blogger, Neil from Go-Feet Blog, I tried to find a bit of pace to make up the lost place – but to no avail.

And finally….there were some slightly surprising speed limits around Brands Hatch … 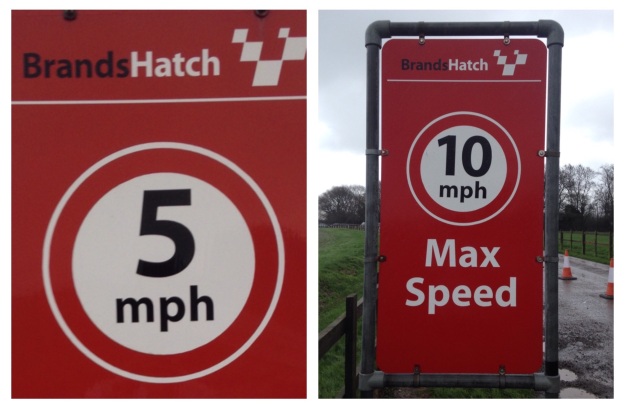