Last week we left Well Hall Stream in slight suspense – just outside Well Hall Pleasaunce. The public park dates from the 1930s when William Barefoot, persuaded Woolwich Borough Council to buy the current Pleasaunce. The centrepiece of the park is the Tudor Barn, which despite its name dates from the early 17th century, although previous moated buildings on the site can be traced back to 1253.

Running Past has visited the Pleasaunce before, when tracing the homes of E Nesbit in Lewisham and Eltham. She lived there between 1899 and 1920 at Red House, which was demolished when the Pleasaunce was created.

The gardens were designed by the Borough Engineers, J Sutcliffe and H W Tee, the former gave his name to Sutcliffe Park, a little further downstream.

Well Hall Stream seems to enter via the moat, or originally did – possibly along with smaller streams from the North and North East – older Ordnance Survey maps seem to suggest this. There is a small trickle coming in from the right direction (in the bottom left picture below), whether it is the remnants of the Stream is unclear though. 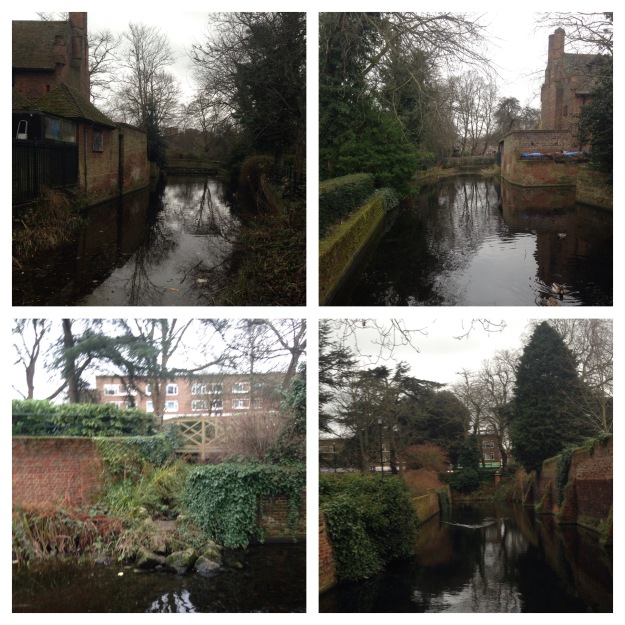 There is a clear direction of flow for the Stream away from the moat – but there is no running water in it, perhaps it flows in really wet conditions, only little bits of dampness were visible. 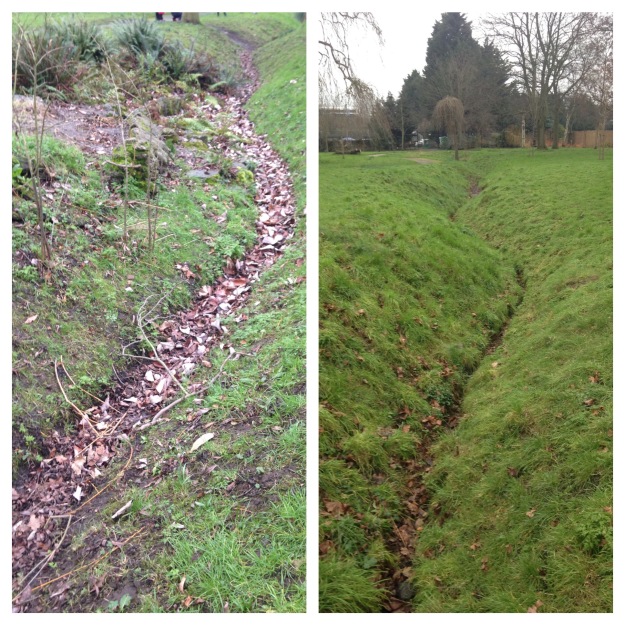 The course of the stream would then have been more or less westwards, skirting the edge of playing fields before being crossed by the A2 and railway in quick succession. The original route would have then taken it through some neglected woodland sandwiched between the railway and Horsfeld Road – amidst the detritus, a ditch is visible, but dry. 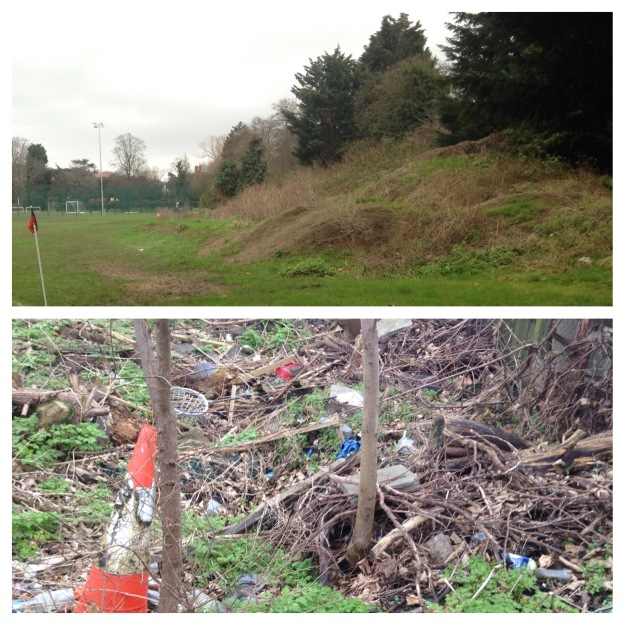 The Stream would have crossed the South Circular and then meandered through the Eltham Green estate, there are hints of a course with a slight dip near the junction of Pinnell and Shawbrook Roads. It probably crossed Eltham Green Road near Messant Road before joining the Quaggy in Sucliffe Park. There is no current evidence of an confluence, the stream probably having been diverted a century ago. 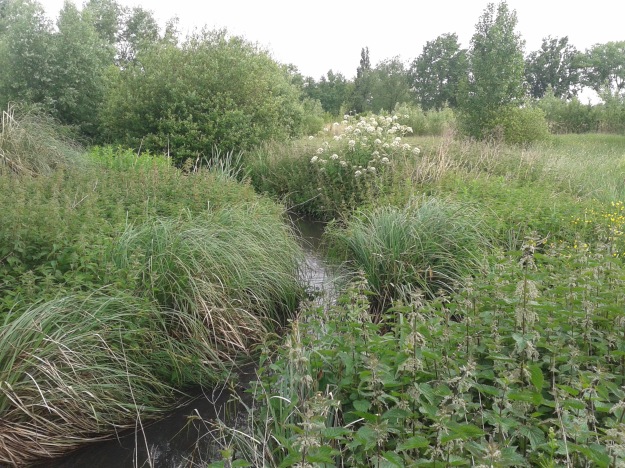 Ken White (1) suggests that there was another small tributary of the Quaggy in this area – Eltham Green Ditch. Certainly there was a stream around Eltham Green which is clear from Victorian Ordnance Survey maps. However, my reading of the OS map surveyed in the mid 1860s (see below) is that it seems more likely to have been a partial diversion, a distributary, of the Well Hall Stream as it exits Well Hall, which then joined the Quaggy close to Eltham Bridge, just before entering Sutcliffe Park.

As has been noted by in the Thames Facing East blog, Kidbrooke was marshy farmland covered with drainage ditches and several small streams (several already covered here before) so it is difficult to be totally sure.

8 thoughts on “Well Hall Stream – A Tributary of the Quaggy, Part 2”