One of the underlying threads in the growth of Lee and the underpinning source of its wealth from the 17th century onwards was slavery – Running Past has covered this before in relation to the Manor House with the links of both Thomas Lucas and the Barings to it as well as to the last resident of Lee Place – Benjamin Aislabie, who kept his ties to the awful trade in misery beyond the time it was outlawed in the Empire.

While what these Lee residents trading links were despicable, two of their predecessors on what is now the borders of SE12 and SE13 were considerably worse and helped paved the way for what was to come later – George and, more particularly, Maurice Thomson (they are sometimes referred to by the alternate spelling Thompson).  Maurice Thomson lived at Lee Farm, sometimes referred to as Lee House (1), his brother George was one of the early inhabitants of Lee Place (covered in Running Past in 2014) it may even have been built for him (2).

Maurice Thompson was described “England’s greatest colonial merchant of his day.”  He was born into a wealthy family in Watton-at-Stone in Hertfordshire  around 1600 and moved to Virginia around 1617, initially being involved in the supply of indentured servants (who were obligated to work only for a set period of time) and became involved in tobacco production directly himself – exporting 25% of Virginian output by the mid 1630s.

His involvement in slavery began in 1626 – supplying 60 slaves for the Leeward Island of St Kitts.  Over the next couple of decades along with a  few other families, like the Noells, the Thomsons turned the English colonies in the West Indies into sugar producing islands totally dependent on slavery – there were around 12,800 slaves in Barbados by 1650. The number doubled again within a decade.

The trade was effectively a three cornered one – taking slaves from Guinea and elsewhere on the coast of West Africa to the West Indies, bringing sugar back to Europe and then returning with provisions to West Africa.  Thomson was also involved in a wide variety of other trade – including privateering in the Caribbean – essentially a legalised form of piracy, which has been covered in Running Past before, in relation to the name of the Antigallican Hotel in Charlton.

Maurice Thomson’s first definite on-line links to Lee came when he took a 21 lease out on Lee Farm in 1662 from Francis Sherman, who had bought the farm in 1633.  It wasn’t his primary residence for much of the rest of his life, this was in Haversham which is now part of Milton Keynes where he bought the Manor House in 1664.

As discussed previously in a post , Slavery and the Manor House, there isn’t complete certainty where Lee Farm (sometimes known as Lee House) actually was in this period.  It may have been where the Manor House is currently sited or could have been close to the junction of Old Road and Aislibie Road. 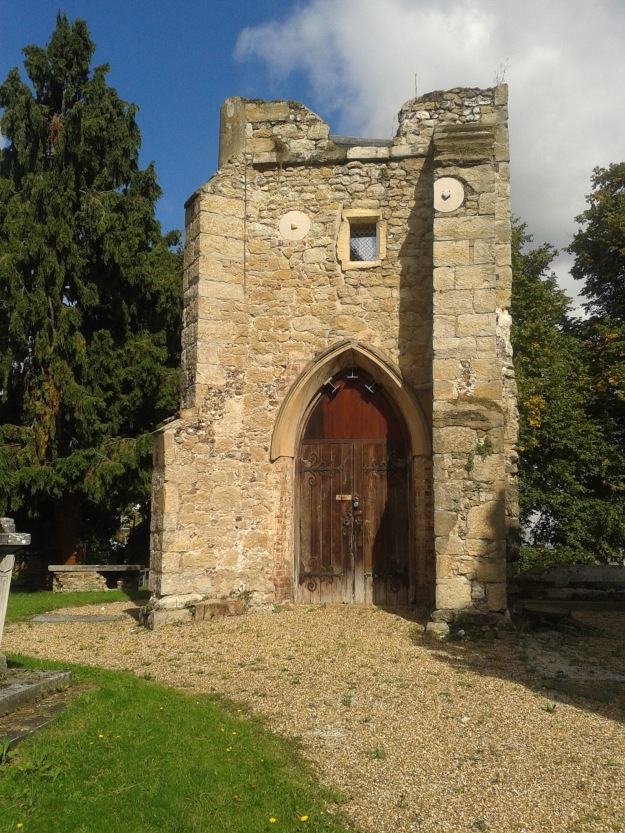 Maurice Thomson used Lee Farm it as his close to London base until his death in 1676.  In his will he left most of his land interests, including the slaves, to his son John

John Thomson stayed in Lee until 1680 when the remainder of the lease was transferred to Elias Aston.

John Thomson, married Frances Annesley, while she has the same family name as Brian who had been Lord of the Manor of Lee and an early 17th century  court case seems to have at least partially inspired King Lear (covered in Running Past in 2014),  she would have been no more than a distant relative – it has not been possible to find any direct link through The Peerage.  Her part of family came from Anglesey.

As merchants the Thomsons were very much in the Parliamentary camp during the English Civil War, which Christopher Hill notes was

… a class war, in which the despotism of Charles I was defended by the reactionary forces of the established Church and conservative landlords, and on the other side stood the trading and industrial classes in town and countryside . . . the yeomen and progressive gentry…’

Of the Thomson brothers, George was much less involved in the slave trade, although his name crops up; it is with much less frequently than Maurice his brother.  He settled in Virginia in 1623 before returning to London as a merchant trading with Virginia and the Caribbean – trade with these areas always indirectly involved slavery in this period.  He is much better known for his political and military activity.  George Thomson became actively involved in the Parliamentary cause as a soldier, losing a leg in battle. After the end of the Civil War he was elected to Parliament for Southwark, although fell out with Cromwell for a while.  After the Restoration in 1660, George Thomson (picture below – source) seems to have laid low in Lee, but he was mentioned in hearth tax records in 1664 – he had the most chimneys in the parish, 21, six more than his brother at Lee Farm.

While this is the first definitive on-line reference to him, like his brother, there are clear indications that he had been living in the area for a while – there are christening records from the 1645 with the correct names of children and wife.  So it may be that he had been the first resident of Lee Place.

He died in 1668, and the estate of Lee Place seems to have been sold to the Christopher Boone, who took up residence in 1670. Boone’s will makes reference to it having been bought from Thomson.

5 thoughts on “The Thomson Brothers – Slave Traders & Owners of Lee”