Sundridge Park is an area which formerly had several streams joining the Quaggy – there are a number of tell-tale sets of notched contour lines on modern Ordnance Survey maps heading towards Chin Brook, the local name for the Quaggy at the eastern end of the Park (it is again Kyd Brook at the western end).  Other than Milk Street Ditch and its own small tributary, which Running Past has already covered, none have allowed any blue selections by the Ordnance Survey cartographers, indicating current water, so the valleys may be historic, created in times when water tables were higher. 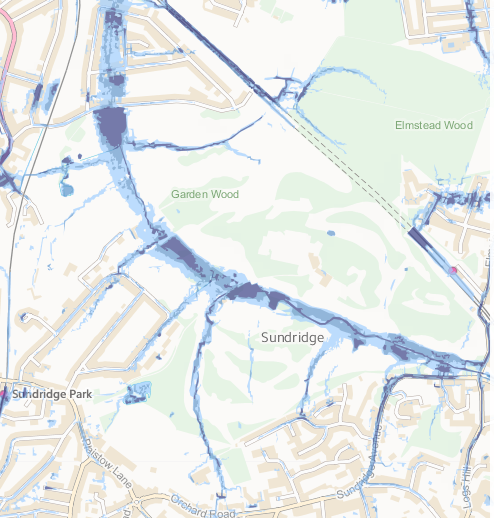 All seem to be unnamed but I have referred to them as ‘Ditches’ – this is not to belittle them, far from it, it can be seen as bestowing significance on them – most of the named Quaggy tributaries in this area have the appellation ‘Ditch’ – Petts Wood, Milk Street, Border and Grove Park.

There are several on the southern side of the railway – including the valley of parts of Sundridge Avenue, another which would have risen somewhere around Scotts Park Primary School.  There is a further one which is almost adjacent to St Joseph’s School – the latter (and probably the former) were used to feed a long gone boating lake, complete with boat house shown on the 1897 Ordnance Survey map below (source National Library of Scotland on a creative commons).

The location of the lake is obvious on the ground, well obvious to those who ignore the ‘private’ signs (but unlike the western branch of the Kyd Brook higher up in the catchment, there was no razor wire or indeed fencing to deter the fluvial flâneur.)  While a notice threatened ‘deep water’, the former lake was a rather dried-up shadow of its former self. 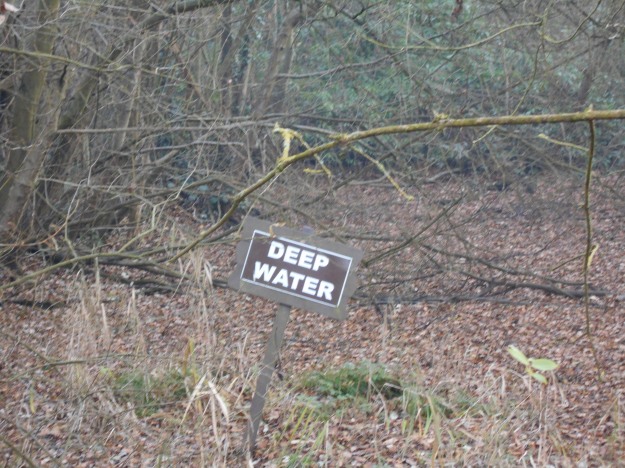 There is another ‘Ditch’ just to the rear of Garden Road, the small valley is obvious on the road up to the clubhouse but not on the golf course viewed through the fencing at the bottom of the Garden Road.

The most obvious valleys are on the northern bank of Kyd Brook – one may have been diverted by the construction of Elmstead Woods station – the dark blue flood risk stops there, but the valley continues – there are clear notched contours just to the west of Rockpit Wood (see the area marked ‘Botany Bay’ on the 1919 OS Map on a National Library of Scotland creative commons, below).  The woods take their name from a small quarry, in which there have been found lots of fossils.  While no water is marked on the map below, there is a small stretch of azure on the Environment Agency map above – a small remnant of a past watercourse. 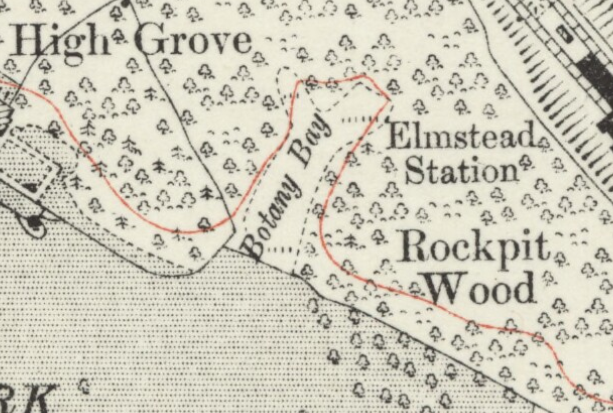 There is certainly another ‘Ditch’ behind the Mansion, possibly a dammed stream creating a small pond on the hillside – a stream isn’t obvious from OS Maps but it features on the East Course golf course map adjacent to the 15th and 16th fairways, with a smaller arm from close to the Mansion. They probably wouldn’t be noticed by those playing the ‘demanding’ par 3 15th, hidden by the woodland to the right of the fairway .  While the confluence with the Quaggy is marked, I failed to spot it from my surreptitious run along the road up towards the Mansion. 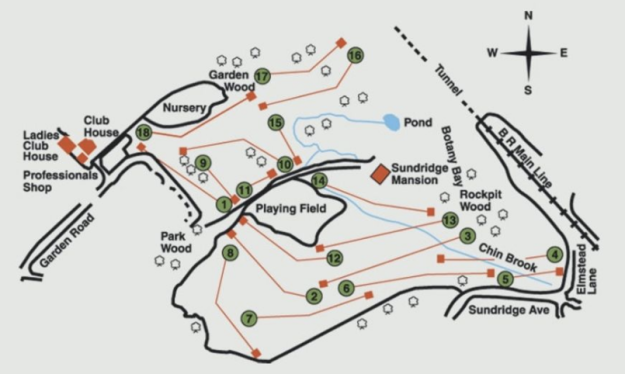 The deepest valley is one emerging opposite Milk Street Ditch – the source of this is in Elmstead Woods , the other edge of the wood is source to another tributary – Fairy Hall Flow.  This is clear on the ground, close to Grove Park Cemetery; with two small ditches coalescing at a screen in a small dip on the Green Chain Walk.  While I haven’t seen any water there for a while, I certainly remember small channels flowing alongside the path in wetter seasons.  The combined flow, when it flows, would take it under a corner of Grove Park Cemetery and then at a slight dip in the path crosses the Green Chain Walk just before it enters Elmstead Woods.  There is the ferrous presence of a manhole cover allowing access to the occasional stream in a small dip in the path going back towards Chinbrook Meadows allowing access before it reaches the railway. 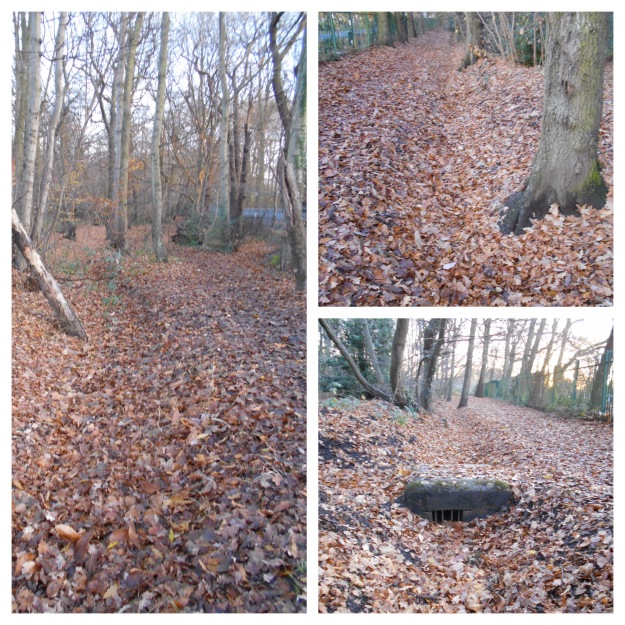 The railway bars its way and the Flood Risk Map (above) suggests that it may have flooded in the past – there seems to have been a new concrete structure built which presumably ushers the wrong kind of water away from the tracks.

There appear to be remnants of the stream adjacent to the 10th fairway on the West Course – visible on the fly-through of the course. 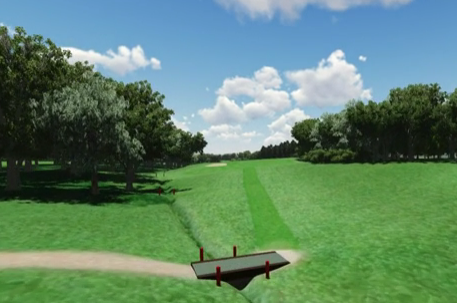 I had hoped to be able to see the valley when tracking Milk Street Ditch’s short traverse of the golf course but the last vestiges of autumnal colours prevented a clear enough view. 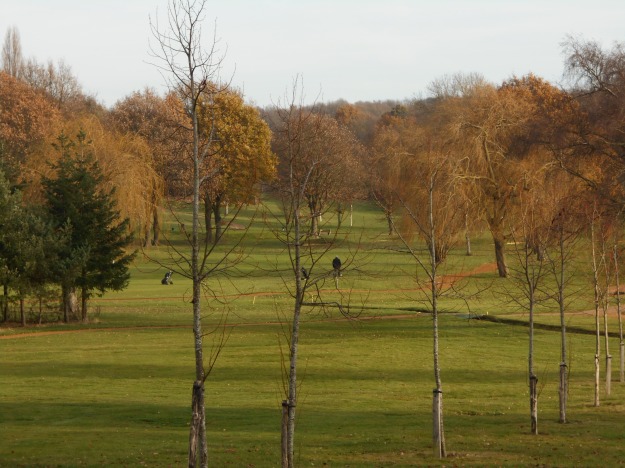 1 thought on “The Sundridge Park Ditches – Tributaries of the Quaggy”