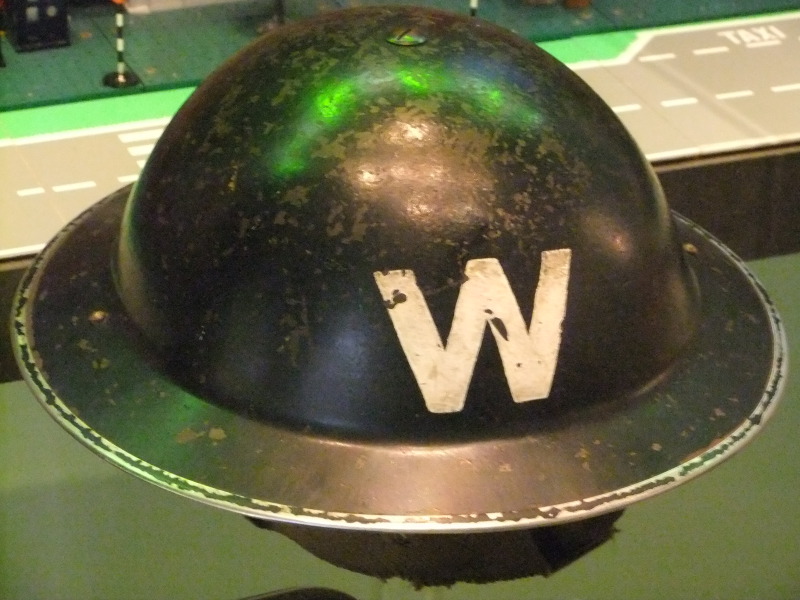 There used to be several signs in the area around Manor House Gardens pointing towards air raid shelters in the park. The best preserved visible one is close to where Old Road meets Manor Lane Terrace suggesting ‘Shelter for 600’ (pictured below).

The remains of one is fading rapidly on Lee High Road, at the corner of Brandram Road – although this may relate to one that was built in the grounds of Merchant Taylors Almshouses rather than the Manor House Gardens one.

Another is hidden behind advertising hoardings on what was once known as the Firs Estate,

The one surviving structure that was used as a was the Ice House. It was probably built in 1773, when the rest of the grounds of the Manor House were laid out; the House itself had been constructed the year before for Thomas Lucas. It stayed in use as an Ice House until around 100 years ago but fell into disuse when the Manor House was transferred to the council and became a library, although at one stage the Ice House was used as stables. It was refurbished in 2000 and is open to the public between 3pm and 5pm on the 1st and 3rd Sundays between May and September.

There is certainly plenty of room inside the Ice House, but nothing like enough space for 600 people. One of the information boards within the Ice House mentions the decision to close one of the three Air Raid Shelters on 24 June 1941, ‘construction was substandard and the structure dangerous.’ So where in the Gardens’ were the other two shelters?

One of them probably wasn’t in the Gardens at all, rather it was to the front of the Manor House itself – there is reference to it in the ARP Logs during World War Two. As for the other while there appears to be nothing on-line that would help in locating it, there is a tool that the modern archaeologist uses – the aerial photograph, and with this Google Maps is helpful, or at least was in 2014 when the screen shot below was taken.

Fortunately, the photos were taken during a dry period, probably in the dry summer of 2011 and some outlines appear. There are two sets of disturbance of earth visible from above – one just south-west of the cafe (just to the south of where there used to be a tennis court) and one just to the east of the Ice House entrance (at the left of the photo). The latter is separate to the Ice House whose construction (according to a map display inside) were to the north of the entrance – towards Pentland House. None of the time series of Victorian Ordnance Survey maps in the National Library of Scotland  on-line collection suggest any structures in these locations in the Park.  Similarly, the early Edwardian photos on display inside the Ice House suggest no construction at either of the points.

However, the one next to the Ice House seems more likely, as there were ARP Log references to bombs falling in Manor House Gardens between the shelters and the pond.

During the dry summers of 2018 and 2020, the outline of the likely air raid shelter by the Ice House was visible on the ground, the photo is looking south towards Manor Lane.