I have thought about some posts about the literary heritage of Lewisham since I have been writing this blog – the idea partly coming from a display at one of the few remaining bookshops in the Borough – The Kirkdale Bookshop in Sydenham. But it was the Micro Library on Lewisham Way that spurred me into action. My thoughts on opening the door were to look for an author with a Lewisham connection – sadly I found nothing – but it got me thinking. 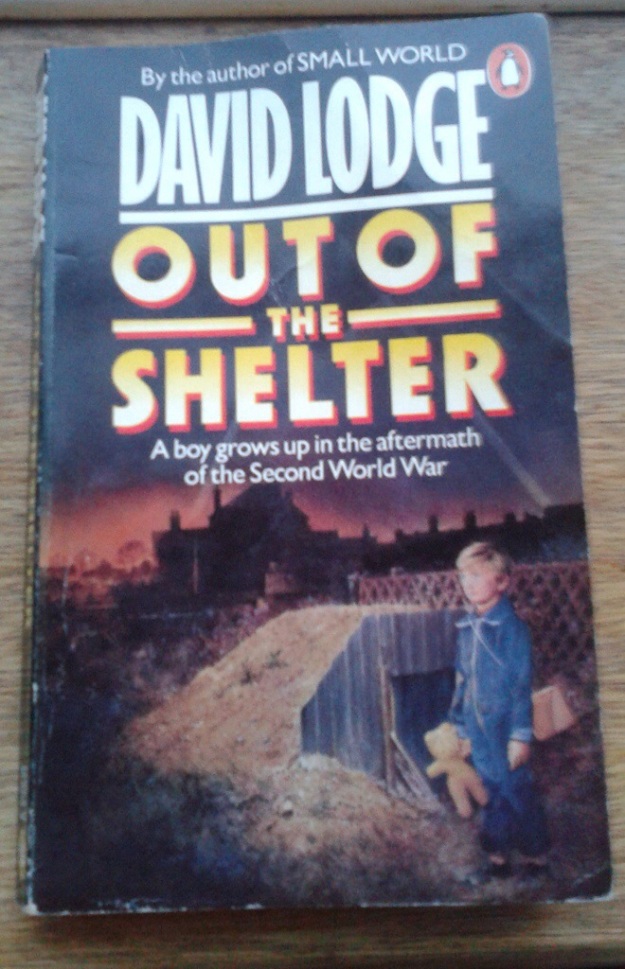 A very good starting point for Literary Lewisham is David Lodge – he grew up in the borders of New Cross and Brockley – an area he frequently fictionally returns to in the thinly veiled disguise of ‘Brickley.’ There is a part of me that likes to be specific and ordered about location so I have assumed, probably incorrectly, that Lodge to have grown up somewhere in area around Malpass Road.

David Lodge is also a good place to begin because he is one of my favourite authors and I have read all his novels, a number more than once. I know many of the places he has written about and our paths crossed briefly in a paternoster lift in Birmingham, the ‘Rummage’ of ‘Changing Places’ and ‘Small World.’

‘Out of the Shelter’ is one of his lesser known works, but deserves a much wider audience. It is essentially a coming of age novel which, Lodge acknowledges in the postscript to the 1983 edition, has some strong autobiographical themes to it. Elements of it resonate considerably with my own growing up.

It starts during the Blitz around the area in which he grew up; the street is probably an amalgam of several in the area, although my mental map of the book had it as Shardloes Road, due to its proximity to the railway and, no doubt, the completely unconnected air raid shelter sign at its junction with Lewisham Way. 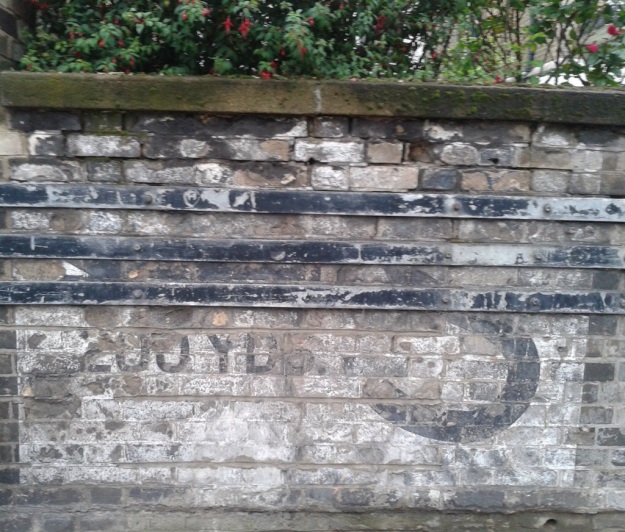 The early part of the book concerns Lodge’s fictional self growing up during the war including the death of his best friend just outside the Anderson shelter she should have been inside with him. But it also includes his evacuation to the Surrey/Sussex boarders, the V2 attack on Woolworth’s in New Cross, and his trips to The Valley.

Most of the narrative centres on a holiday to see his much older sister in Heidelberg; it is the real coming of age of Timothy and the coming out of the shelter of family, conservative values and Catholicism. Lodge uses the trip to juxtapose the privations of Britain in 1951 of rationing and austerity, with the conspicuous consumption in the American zone in Germany.

His real skill is in the depth and warmth he gives to his characters – in ‘Out of the Shelter’ he subtly uses them to put some different perspectives on WW2 such as the excessive destruction of German cities, with the consequent loss of life of British airmen, conscientious objection and the way in which ordinary Germans felt forced to go along with the Nazi regime.

At the time of its first publication ‘Out of the Shelter’ didn’t sell and Lodge was not happy with it leading to him re-editing it when it was re-published in 1983. It was probably this version that ended up on the long-list for the ‘Lost Booker’ – which was deservedly won by J.G. Farrell’s fantastic ‘Troubles.’ This should take nothing away from ‘Out of the Shelter’ which is a delightful book.