Since the 80th anniversary of the outbreak of the Second World War in September 2019, Running Past has been looking at a number of aspects of life on the ‘Home Front’ during the War.  This has included the evacuation of Lewisham’s children to safer areas, the shelters built to try to keep the local population safe during air raids, the role of the Air Raid Precautions (ARP) Service and the rationing of food.  On a similar vein we’ll look now at what is referred to a Digging for Victory, the growing of food in gardens and allotments along with briefly looking at the Women’s Land Army.

In 1939 Britain was importing large quantities of food – including 70% of cheese, cereals and sugar, 80% of fruit and more than 50% of meat. It was fully expected that the Germans would target food supplies coming in via sea, as they had done with the U-Boat Campaign in World War 1.  At the national level merchant shipping was put under Admiralty control in August 1939 – with food coming via convoy.

While they have links back to the 17th century, allotments, as we know them, have their roots in the Victorian period, demand for them in areas such as the then suburban Lewisham seems to have come from middle classes who wanted space to grow their own.  As we have seen with Lee Working Men’s Institution and Lee Public Halls there were several gardening clubs locally. Allotment numbers were not that large though with 244,268 plots in 1873 across the   country.

Numbers grew steadily in the Edwardian era and by the time World War One broke out, there were somewhere between 450,000 and 600,000 allotments. Those pictured above, bounded by Hafton, Hazelbank and Wellmeadow Roads, probably date from early in this period.  There was a large expansion during World War 1 with just over 1.5 million allotments in England by 1918.

Numbers of plots declined in the interwar period such that by the outbreak of World War Two just 819,000 allotment plots were cultivated. Many around Lee and Hither Green were lost to development in this period – two of the larger interwar private housing developments in the area – the Woodstock (the area around Woodyates Road) and Verdant Lane estates were both built on allotment sites in the 1930s, as was part of Reigate Road on the Downham Estate and a plot to the north east of bend in Meadowcourt Road near Lee Green. 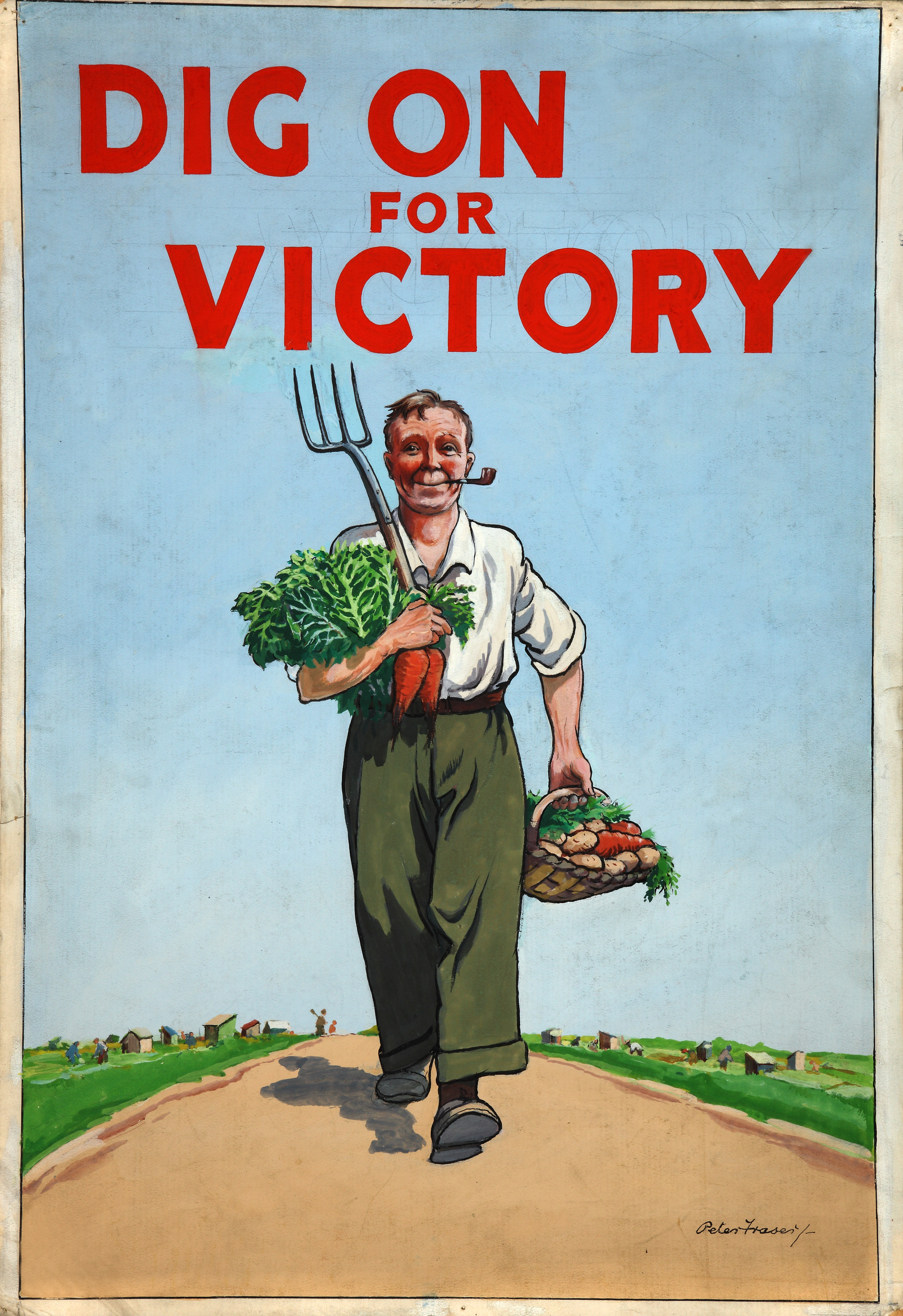 The Ministry of Agriculture launched the ‘Dig for Victory’ campaign soon after the outbreak of war in 1939. There was propaganda throughout the war encouraging people to use their gardens, parks and unused land for cultivation, stressing that ‘food just as important a weapon of war as guns’– several hundred thousand leaflets were distributed, with posters such as the one above displayed and it was a regular feature in propaganda films such as this one…

Around a million new allotments were created and many parks and open spaces were converted into allotments.  In the old Borough of Lewisham about 3000 were created (1)  – this included large swathes of Mountsfield Park as the 1940s Ordnance Survey map shows.

One of the most iconic views in south London changed during the war with the field below the Observatory in Greenwich Park being dug up for allotments, the same had happened during World War One there.

It wasn’t just parks that saw food grown, other bits of land were brought into use too – a narrow strip of, presumably, railway company owned land between Milborough Crescent and the embankment was cultivated.  This was the same with the land on the other side of St Mildred’s Road where a narrow strip all the way down to Grove Park Nature Reserve was turned into allotments.

Other land too seems to have been taken over –  the land in a triangle bounded by Dacre Park (then Turner Road), Boone’s Road and Lee Park was a nursery and had been since the 1860s, probably before, emerged out of the war as allotments.  They continue to remain in that usage and are pictured below.

Another aspect of maintaining food availability was increasing the amount of help on farms – this was done through the Women’s Land Army which was launched ahead of the War in June 1939.   This was initially based on volunteering but a degree of conscription was added. By 1944 it had over 80,000 members; while most were already rural based around a third came from London and other cities.

Several women from Bellingham, including Olive Boyes who had previously worked at Chiltonian Biscuit Factory, Rene Powell and Joan Hicks joined the Women’s Land Army in the spring of 1942. They took a train from Catford to Ashford with Olive and Rene ending up in a small village called Hamstreet, with Joan and her friend Ivy being sent to Faversham.

Betty Hilda Baker lived at 41 Nightingale Grove had started the war as a ‘confectionary hand’ – perhaps working for Whitehouse and Co. at 36 Old Road.  Born in 1918 she was living with her parents, Charles and Julia, along with what are probably two younger siblings, Stanley who was a 23 year old butcher’s assistant and one that was redacted. It is known that she joined the Land Army but not known where she was stationed.

Joan Pearson lived at 73 Bramdean Crescent in Lee, at the outbreak of war she was an invoice clerk for Fords, aged 17.  When she joined up in 1942, she was working for Crosse and Blackwell near Charing Cross station – she wanted to ‘do something useful’ and to ‘get away from London.’ She ended up driving tractors in the New Forest.

Where not specifically referenced, examples of locations of allotments come via Ordnance Survey maps.