Lewisham Hill was an old route up to the Heath from the Ravensbourne valley and was captured below as a print around 1810 (source on a Creative Commons), the only currently recognisable features being St Mary’s Church in the middle distance and the hills of Forest Hill and Sydenham which provide the background. 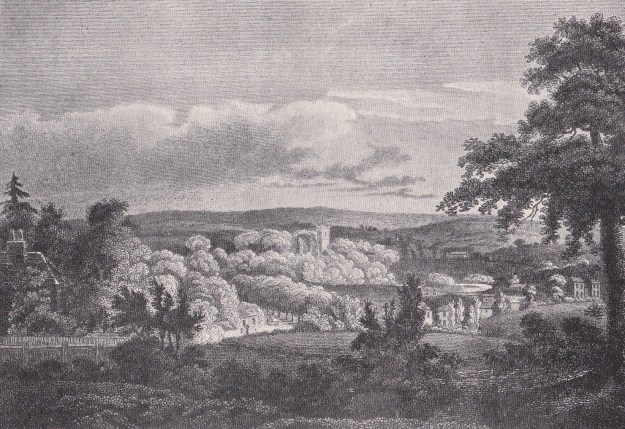 With the coming of the South Eastern railway in 1849 large, desirable houses for the wealthy of Victorian London were built up the hill towards the Heath.   Looking at a sample of the houses in the 1871 census, all were single household properties, all with several servants – a pattern largely repeated in 1901.  An Edwardian postcard (source eBay Nov 2106) ‘paints’ the street scene of a well to do street 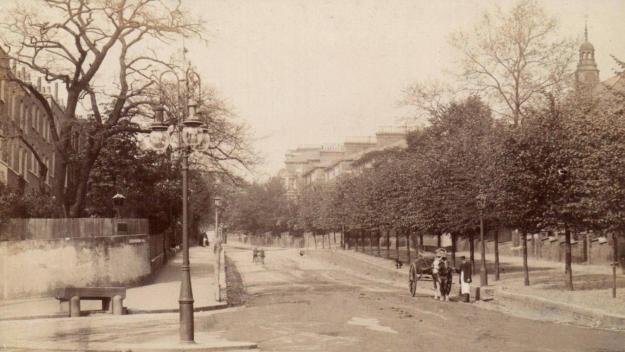 By the outbreak of World War Two, while the buildings were the same, most of the houses had either been divided into flats or were home to several households – the wealthy seem to have largely moved-on.

Lewisham Hill was the site of one of the bigger single losses of life in Lewisham through a V-1 flying bomb, better known as doodlebugs; one hit Lewisham Hill on Saturday 17 June 1944 – thirteen died as a result of the attack.  The V-1 attacks had started four days before on 13 June 1944 – a week after the D Day landings – and were to go on until October 1944 when the last V-1 site in range of Britain was captured, although there were a small number of later air launched attacks.

As was noted in a post a couple of years ago on the attack on Lewisham town centre, there appear to have been some attempts to use double agents to persuade the Germans that the V-1s were over-shooting their targets and landing to the north west of London, this may explain the reasons for the volume of V-1s that hit South London. The old boroughs of Croydon (171), Wandsworth (122), Lewisham (115) and Woolwich (77) were the 4 locations hit the most. The City of London and Westminster only received 17 and 29 attacks respectively. 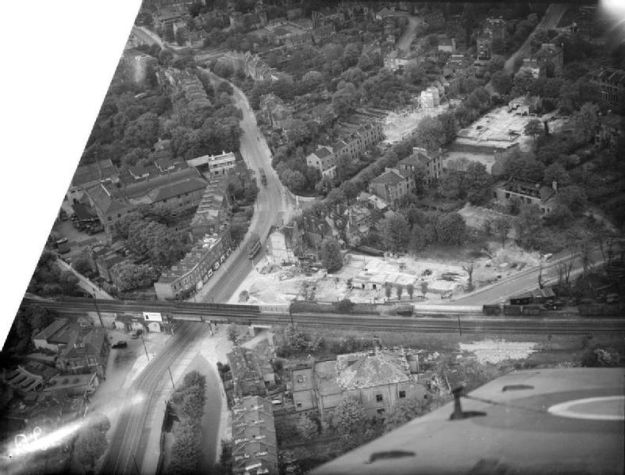 The scale of the devastation is clear towards the top of an aerial photo taken during July 1944 by Stanley Devon an official photographer with the RAF (source Imperial War Museum on a Creative Commons).  In the foreground is a site cleared from another V-1 attack 9 days later at the bottom of Granville Park.

Of the 13 who died, eight were living at 25 Lewisham Hill – including a couple, Doris and Albert Pilgrim and their two young sons.  None of the thirteen were living in the homes that they died in when the 1939 Register was compiled, although Minnie (73) and Samuel (75) Rowe and their daughter, Maud (48) were probably relatives of Henry and Edna Rowe who were there in 1939.  Ernest Kinnear, who died at 21, was a retired compositor who had lived three doors away at 15 with his wife Alice in 1939.  The rest had lived elsewhere, including Cicely Rackstraw who was living in Battle in Sussex and was still a student in 1939.

One of the survivors of the attack was the 16 year old John George Dormer, who in 1939 at least was living at 3 Lewisham Hill with the rest of his family, including his father Sidney, a factory messenger and his mother Eve. It was a house that they shared with the mother and son, Jarrolds, and Florence Jule.

V-1 attacks had only started three days before, so there was yet to be the recognition of their sound or the significance of the engine cutting out. Sidney had assumed when the sound stopped that it was an enemy aircraft which had been shot down – “We got the bugger!”

The V-1 exploded a little further up the Hill but blast wave rippled out back down the street, smashing the windows at the Dormer household, briefly hospitalising John and his father for a little longer. Both survived to tell their story, but John recalled seeing neighbours bodies being brought out of destroyed houses.

Also largely destroyed in the attack was Colfe’s Grammar School which was opposite, oddly the London County Council Bomb damage maps seem to have missed the scale of destruction there. 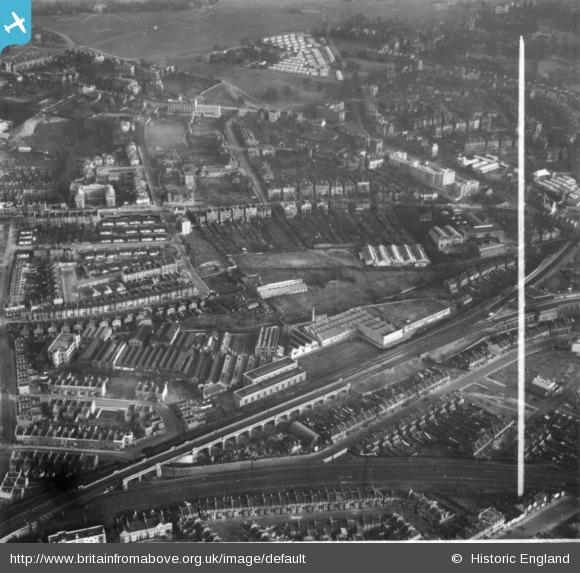 The site was one of the earlier ones developed by the Borough of Lewisham after the Second World War, Running Past covered another  development from those years – what was formerly known as the Heather Green Estate during 2016.  A larger area than the initial bomb site was cleared, including several other houses lower down the hill where damage had been limited (1).  By the time site was photographed again in 1949 (see above – source – Britain from Above on a Creative Commons), building work seems to have been near completion – the new Lewisham Hill Estate is 3/4 way up on right edge of the photograph.  Amongst the other interesting features in the photograph are prefabs at Holly Hedge Terrace (top right), the Lewisham Anchor Brewery (now the site of Tesco), and in front of it Elliott Brothers (London) Ltd Century Works (next to the railway).

The Colfe’s site opposite was also redeveloped rapidly with the school replaced by pre-fab buildings prior to the second aerial photograph above. 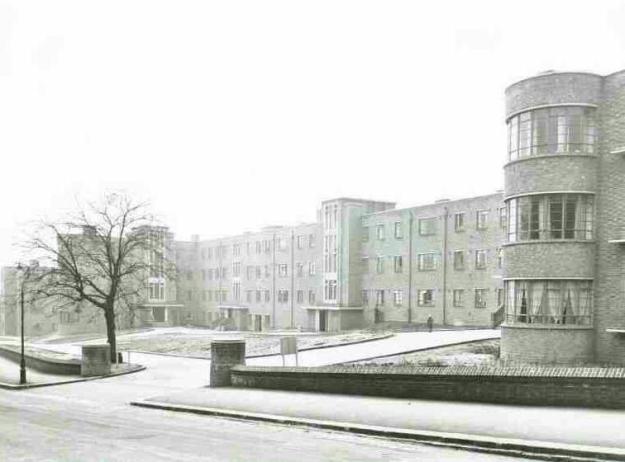 From the outside, at least, the estate seems to have stood the test of time quite well as a comparison of the soon after building (2) photograph and the 2017 one show – it has been refurbished with the pitched roofs added, these weren’t possible immediately after the war due to restrictions with building materials. 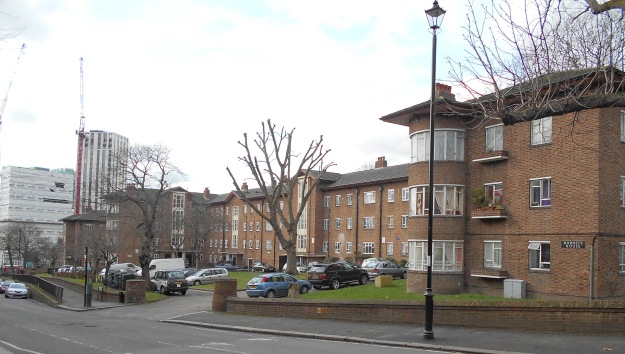 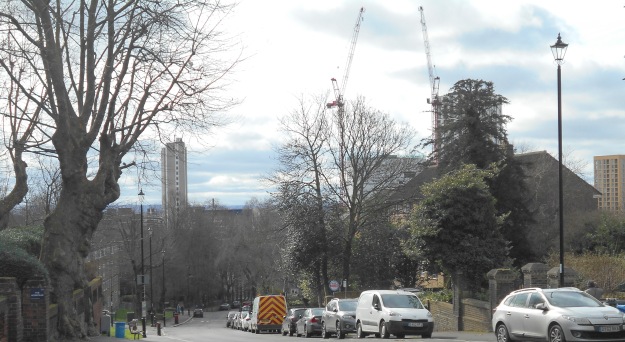 Many thanks to Paul Dormer (see comments below) for sharing the memories passed down by his father of the attack.