From the early 17th century Lee became ‘home’ to a small number of large houses for the extremely wealthy.  Several still remain – two on Old Road, the Manor House (now library) and Pentland House – used for student and other housing, along with The Cedars on Belmont Hill.  Several were lost to Lewisham’s development – notably, Lee Place – which was covered on the blog last year, and what latterly was referred to as Dacre House.

The Firs was a large early Georgian house, on the corner of Old Road and Manor Lane Terrace, like Lee Place, it is long gone but its presence is still visible in the post-demolition street patterns in the area, particularly the on the western side of Old Road in Roads such as Abernethy and Lochaber. 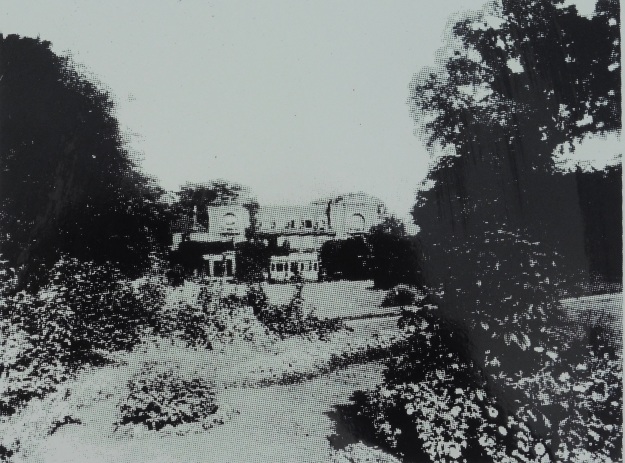 The Firs was a large red-brick house was a  built around 1700 as the ‘town’ residence for the Papillion’s, a prominent Huguenot banking family who had prior to that lived in Norton Folgate in Spitalfields as well as having a country house in Acrise, near Folkestone.  Three generations of Papillion’s lived at The Firs over the next century – the first two owners Phillip, who died in 1736 aged 80, and David who lived until 1762 were MPs for Dover.  The final owner, another David, passed away in 1809, when The Firs was sold.

The house had a series of owners after the Papillion’s sold the house in 1809.  Notable amongst these was, General Edward Paget who had been second in command to the Duke of Wellington for a while in the Peninsula War, before becoming Governor of Ceylon and then Governor of the Royal Military College at Sandhurst.

The Firs was later home to the Sladens, who were described as ‘hospitable at home, also charitable to the poor of Lee’ – their family tomb is in the old churchyard at St Margaret’s Lee and is listed – Joseph lived at The Firs until 1855, when the house was sold. 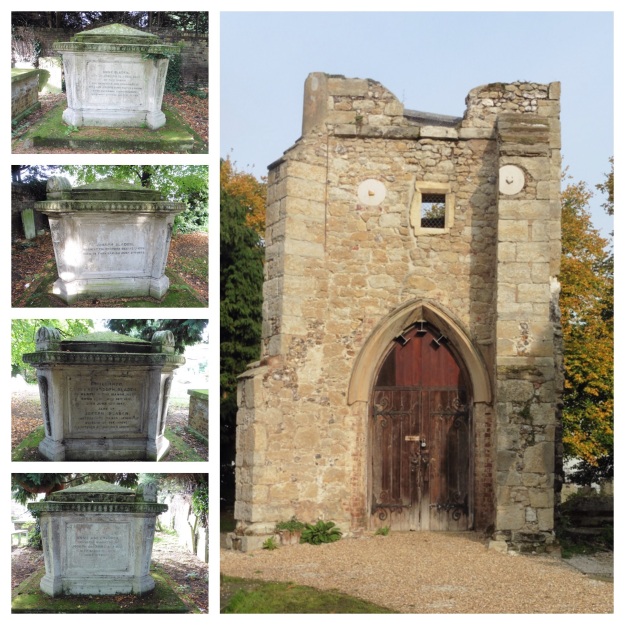 The last owner was John Wingfield Larking (1801- 1891), who probably moved in after the Sladens – he was certainly on the electoral register by 1862.  Wingfield Larking was a member of a wealthy Kent family who had been a merchant in Egypt and British consul in Alexandria between 1838 and 1841.

One of the more interesting features of the latter years of The Firs happened in 1884 when Wingfield Larking appointed a young Thomas Sanders, who had been working as a gardener at the Palace of Versailles, to look after the grounds.  Sanders created a winter garden and a series of large conservatories at The Firs.  The winter gardens became well known and a trio of pictures were painted by Arthur William Head.

For Sanders, The Firs was a stepping stone and he moved on to edit Amateur Gardener in 1887.  Sanders settled in Ladywell and became a Councillor for Lewisham Park in 1912 – his story in interesting enough to do a post in its own right at some stage.   His gardens only lasted a few years longer – Wingfield Larking died in 1891.

The area changed rapidly after Wingfield Larking died; The Firs was sold and by 1894, OS maps show  the first homes on Lochaber Road and Lee High Road had already been completed on the former estate, and the housing on the western side of Old Road, Abernethy, Murillo and Rembrandt Roads would soon follow. 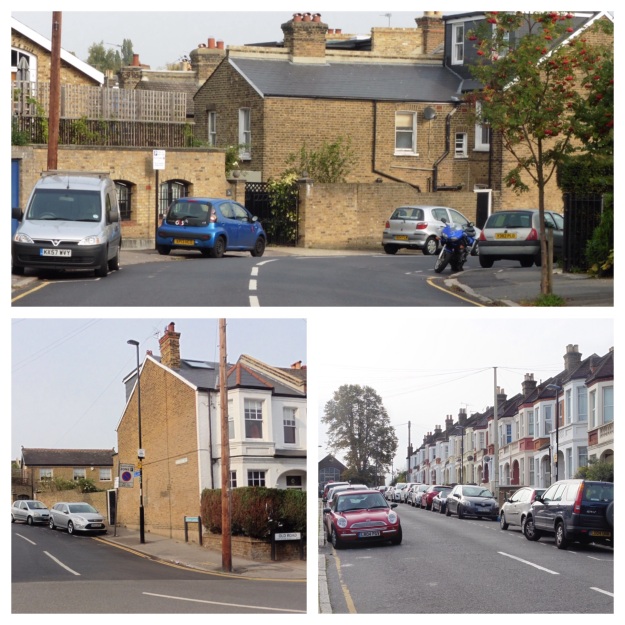 So who were the builders? The Scottish Lochaber and Abernethy Road names could have links with Cameron Corbett, who named all of his roads in both his Eltham and Hither Green/Catford borders estates after Scottish towns and areas. Similarly, it could have been one of his builders James Watt who was of Aberdonian and Orcadian descent.

A more likely answer though is the local building firm, the Siderys – there is a glazed panel above the door of 51 Murillo Road, on the corner of Rembrandt Road noting the base the fourth generation within the building trade. 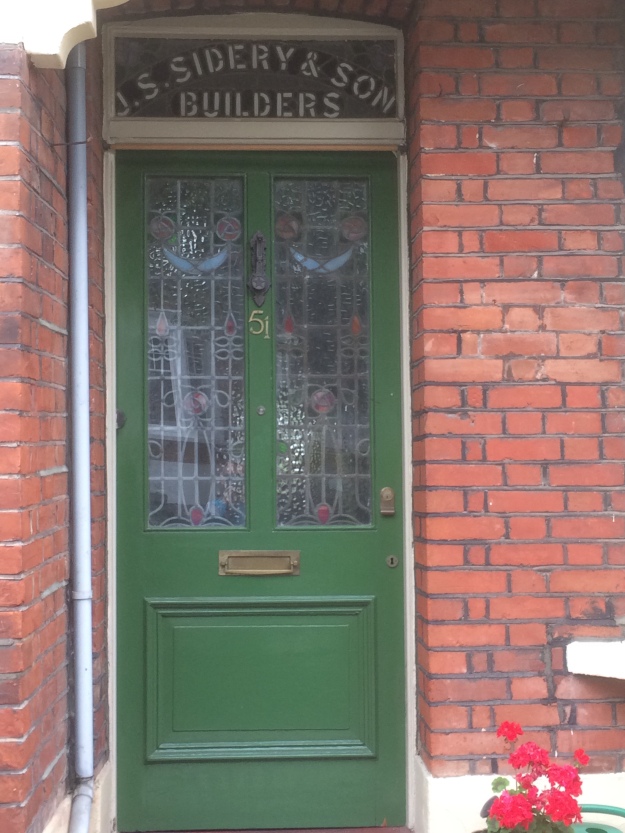 The earliest was William Sidery, who was born in 1771 and died in 1825; the second generation of builders was also William Sidery, who had been born in Lee in 1803 and by the 1851 census was a master bricklayer employing 8 men; his son, predictably, also William (born in 1836) was apprenticed to his father. By 1861, William was listed as a builder at Grove Place on Lee High Road (just below Eastdown Park). He remained there until his death in 1876 – which seems to be noted on the side of the building (sadly partially hidden by a modern drainpipe).

William (1836) was listed in 1881 in Grove Place with 8 children with Elizabeth, including three sons William (1862) and John Sutton (1863) listed as carpenters and Charles (1864), a painter. In the 1891 census William was listed as a bricklayer living in st Mary’s Villas on Pascoe Road; he was to die the following year before The Firs estate was sold. The adult sons had all moved out by that point. Elizabeth, the widow of William (1836) moved into 72 Murillo Road where she remained until her death in 1908.

It isn’t clear where John was living in 1891, but by 1901 was living at 51 Murillo Road and listed as a house decorator with Mary who he had married in 1886 and two children. John died in with Mary passing away in early 1939. Their son Sydney is listed in the 1939 Register as living next door at 53, although this isn’t that clear on the register itself and could easily be at 51.

While it is possible that the Siderys built the estate, for a firm of this size a development of a couple of hundred homes may have been beyond their range, although much will depend on the extent to which work was subcontracted. They may just have worked on the estate.

The three pictures by Arthur William Head (a view of the house, the Fernery and the Winter Garden) are owned by LB Lewisham and are accessible via the Local History and Archives Centre, but have been made available through the BBC’s Your Paintings site; images and data associated with the works may be reproduced for non-commercial research and private study purposes.  Non Commercial research includes blogs such as this.

The black and white picture is photographed from the information board on Brandram Road, opposite St Margaret’s church.