Sadly this is not a post about links between the Borough in which I have made my home and Giuseppe Garibaldi, one of the ‘founding fathers’ of modern Italy, rather it is about the eponymous biscuits.

The Old Biscuit Factory is one of the better new buildings around Hither Green; I run past it a couple of times a week at night during the winter but today’s run included a day time run past.

The Old Biscuit Factory was the site of Chiltonian Biscuits – their baking plant started in around 1911 in Staplehurst Road and expanded during WW1 making army biscuits. 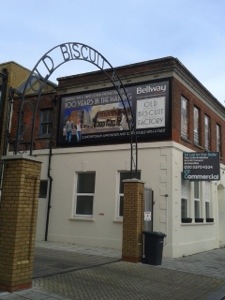 They moved to another site on Manor Lane in 1925, where it was latterly the home to Dad’s Cookies, Lemon Puffs and the link to the title, Garibaldi biscuits, until its closure in the early 1980s. While biscuit manufacture has gone, the Chiltonian name lives on through an industrial estate that is now on the site. By a strange coincidence the last non-residential user of the Staplehurst Road site, Drain Centre, made the same relocation as Chiltonian biscuits. 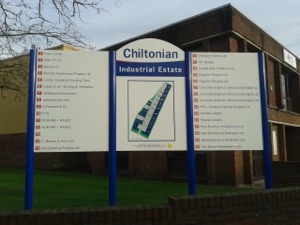 The 1911 date suggested in the National Archives may have been slightly early, as the Staplehurst Road site was home to a short lived cinema – the Globe, later the Playhouse, which apparently closed it’s doors for the final time in 1915; this is covered in the excellent Lewisham’s Lost Cinemas blog.