One of the most attractive (from the outside at least) flatted social housing estates in Lewisham is the Passfields Estate on Bromley Road – along with the some of the remaining homes on the nearby Excalibur Estate, it is one of only two listed council estates in Lewisham. 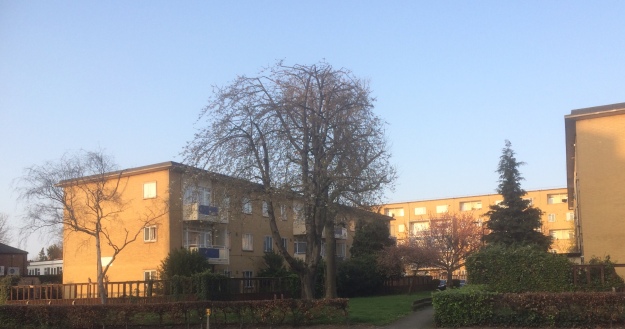 After World War 2 with some sites, as we have seen in earlier posts, housing was developed soon after the war to try to ameliorate the homelessness and destruction of homes as a result of the V-1 and V-2 rocket attacks and the Blitz.  Such estates included Heather Grove on Hither Green Lane and Lewisham Hill, The post-war brick shortages and the need for new housing quickly meant that other sites – such as the parkland of Forster Memorial Park and Hillyfields, along with some smaller sites whether there had been large scale V-1 destruction, such as Lenham Road and what is now the Mercator Estate became home to prefabs. Passfields was one of the former group. 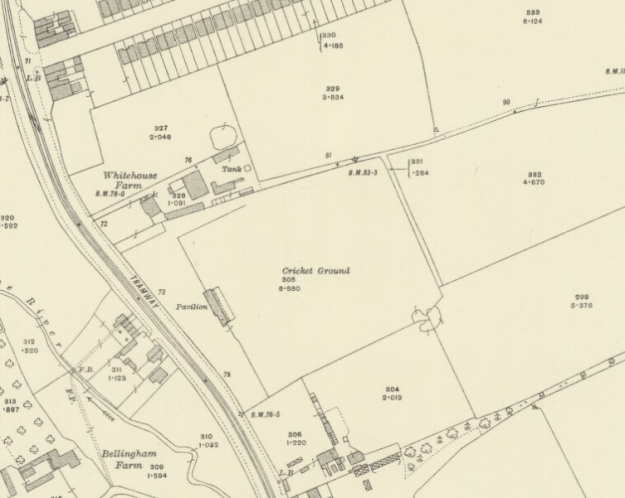 It had been farmland until after World War One; the 1916 published Ordnance Survey map shows the small Whtehouse Farm still there (just down from the junction between Bromley and Bellingham Roads) with several fields behind, although on the front was one of a series of sports grounds that faced onto Bromley Road.  The probable home for a while to Catford Southend, and certainly home to Waygood Athletic afterwards, was a little higher up beyond Park House (which remains in a much modified form as the Territorial Army Centre.)

By the outbreak of the Second World War, while the farm buildings remained, Whitehouse Farm was no more – its land had been sold and the private sector homes of Conisborough Crescent Woodham, Arkindale, Bosbury and Carstairs Roads, along with Daneswood Avenue had all been built.

The Passfields estate was designed for the Borough of Lewisham as council housing in 1949-50 by J B Shaw of Fry, Drew and Partners. There are a 101 homes – a mixture of flats, bedsits and maisonettes – the presence of the latter was unusual at the time. Similarly the balconies that were an important feature in the design were more of a rarity up to that point. 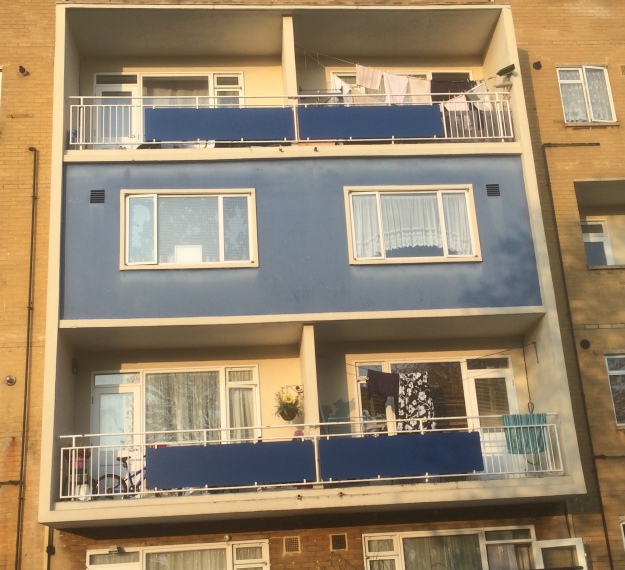 The builders were Ove Arup and Partners, now better known as engineers.  The block behind Bromley Road is slightly curved, reflecting the constraints of the site – at the time this was innovative in large blocks. 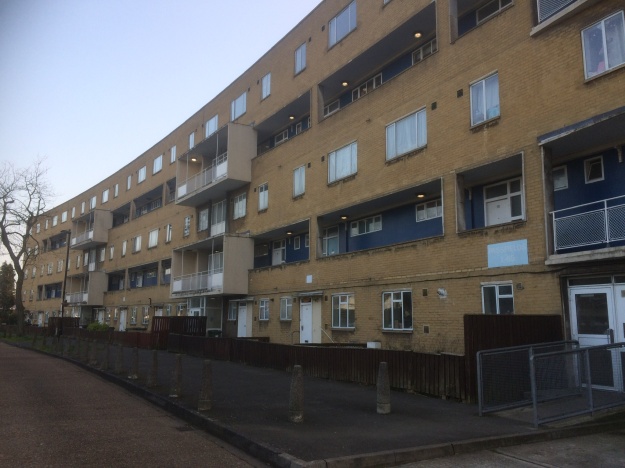 Importance too was placed on the landscaping – both in terms of the areas between the blocks at right angles to Bromley Road and in the centre of the estate.  It was an estate that received recognition at the time winning an award at the Festival of Britain. More recently it was given Grade 2 listing in 1998. 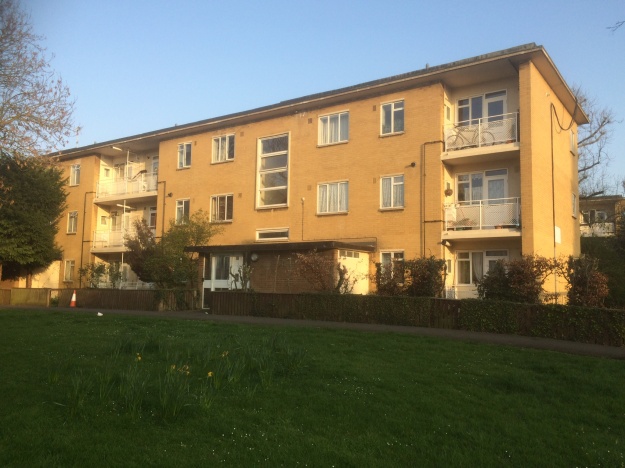 Passfields …is one of the most interesting groups of flats to be built immediately after the Second World War in London…..Curved five-storeyed range, a shorter projecting wing again ‘breaking’ at right angles and returning with the former direction.  To the SW three-storeyed blocks….. Extremely good minor details, such as light fittings and lamp standards.

Like all the council homes in this part of Lewisham it was transferred to the community gateway, resident controlled, housing association, Phoenix in 2007.  Phoenix obtained Planning Permission for refurbishment work to the estate in 2011 which was completed a few years later. Most of the homes remain in social ownership – Land Registry data suggests that around a quarter of the homes had been sold under Right to Buy by the end of March 2019.

Land Registry data on the sales comes via Nimbus Maps